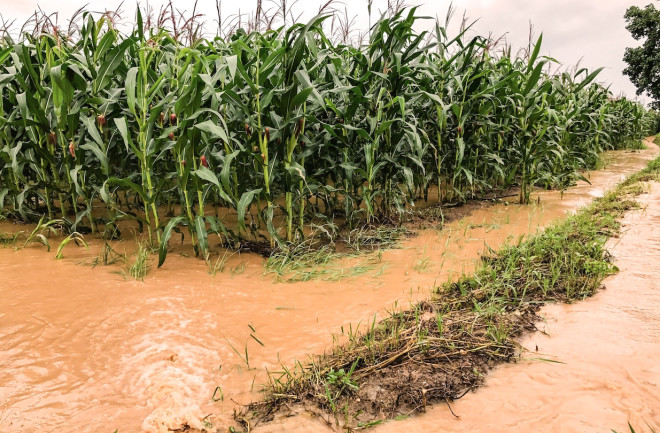 In 2019, Americans saw rain, rain and more rain: The 12-month period ending in June took the crown as the wettest ever recorded in the contiguous U.S. But that was the fourth time the record had been broken in 2019 — the previous 12-month precipitation record had been set in May, which had broken the record set in April, which had broken the record set in February. As climate change continues, scientists fear these record-breaking wet years could become more common.

According to the National Oceanic and Atmospheric Administration, the sky over America poured almost 38 inches of water between July 2018 and June 2019 — almost 8 inches above average, according to the past 125 years of national precipitation data.

The contiguous U.S. saw record-breaking precipitation in the 12 months from July 2018 to June 2019. (Credit: NOAA)

Nearly the entire country experienced above-average precipitation during the first half of 2019. The excessive rainfall meant flooding and troubles for farmers across the Midwest, who had to delay planting schedules while waiting for the ground to dry out. According to the National Agricultural Statistics Service, some of the largest corn-producing states, like Indiana and Michigan, had only about two-thirds of their crops planted in early June. In contrast, nearly all corn crops were in the ground by the same time the year before.

“It’s just been very wet across the whole country,” says Laura Read, a hydrologist with the National Center for Atmospheric Research in Boulder, Colorado. “I just wonder, will this be — I don’t want to call it new normal, but — the way things move? Will we look back and see this as the start of some period of time where we have more of these events coming through? I don’t know.”