A research team recently discovered that zebrafish have the ability to repair damaged organs, especially the heart. This could be key in helping people who’ve had heart attacks. 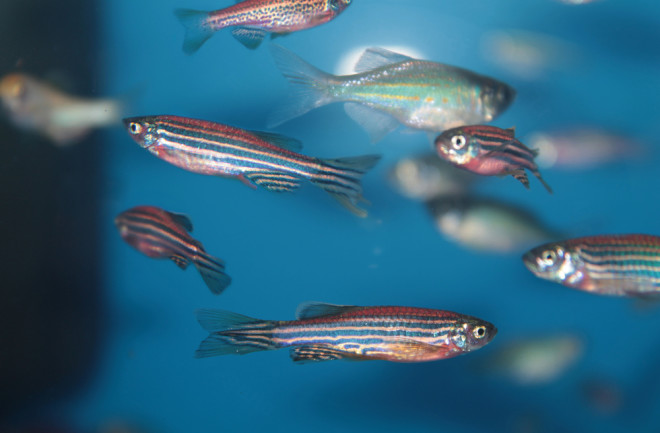 When one suffers a heart attack and doesn’t receive treatment fast enough, lack of oxygen can cause damage to cardiomyocytes — heart muscle cells — and they can begin to die off. Because humans can not grow new cardiomyocytes, this can cause scar tissue to form on the heart, preventing it from pumping as efficiently as it should. However, a recent study from a Max Delbrück Center for Molecular Medicine research team has found that zebrafish can regenerate cells and organs — even the heart.

“We wanted to find out how this little fish does that, and if we could learn from it,” says Jan Philipp Junker, in a press release. Junker along with Daniela Panáková — the study team leaders — simulated myocardial infarction injuries to zebrafish hearts. According to the study, now published in Nature Genetics, researchers tracked the regeneration of cardiomyocytes using single-cell analyses and cell lineage trees.

Under a microscope, researchers held a cold needle to the zebrafish's heart. The needle caused immediate damage to the millimeter-sized heart, similar to a human heart attack. The needle triggers an inflammatory response that then leads to fibroblasts — scarring from connective tissue cells.

“Surprisingly, the immediate response to the injury is very similar,” says Junker in a press release. “But while the process in humans stops at that point, it carries on in the fish. They form new cardiomyocytes, which are capable of contracting.”

Using single-cell genomics, the research team searched the impaired heart for cells that don’t exist in a healthy heart. They discovered three new types of fibroblasts in an activated state. Externally, these fibroblasts are identical to others, however, internally they contain extra genes that help form proteins. For example, collagen 12 helps connective tissues.

Why Fibroblasts Are Important

“They form right at the site of injury, after all,” he says, in a press release.

Creating a cell lineage tree through a technique called LINNAEUS, the researchers identified the source of the activated fibroblasts. LINNAEUS — which was developed by Junker's lab in 2018 — focuses on genetic scars that form a collective barcode for the origin of every cell.

“We create this barcode using CRISPR-Cas9 genetic scissors. If, after injury, two cells have the same barcode sequence, it means they’re related,” explains Junker in a press release. According to the press release, two sources of temporarily activated fibroblasts were identified. One in the outer layer — epicardium — of the heart and the other in the inner layer — endocardium — of the heart. However, collagen 12 cells were found exclusively in the epicardium.

Junker, Panáková and lead authors Sara Lelek and Bastiaan Spanjaard are hoping that with their combined areas of expertise, they could determine if mammal hearts, like those in mice and humans, lack the signals needed for heart regeneration. With this research, it is possible to create medicine that could help repair a damaged human heart.

More From Discover
Health
Choosing What Music You Listen To Could Relieve Pain
Health
The Gray Area of Miscarriages in the Post-Roe World
Health
Big Study Links Excessive Alcohol Consumption to Aging
The Sciences
A Nauseating Part of Medical History: Medical Cannibalism
Health
What You Need To Know About The Marburg Virus
Technology
5 Inventions That Were Discovered by Accident
Recommendations From Our Store
My Science ShopDiscover STEM Kits
My Science ShopDiscover 2022 Calendar
My Science ShopStrange Science
My Science ShopElements Flashcards
Shop Now
Stay Curious
Join
Our List