Will NASA's Next Step Be an Astronaut Rendezvous With an Asteroid? 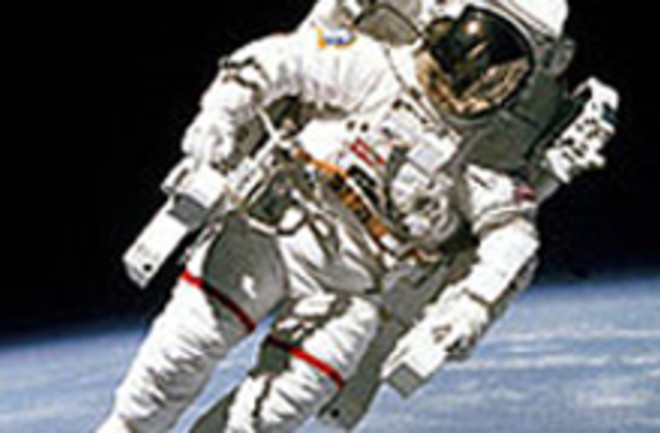 A panel evaluating NASA's goals has made some bold suggestions for the agency, including yearlong missions into deep space and even landing on Mars' moon, Phobos.

NASA's current goal is to land humans on the moon once again by 2020, but the panel, which was set up by the White House, has suggested other possible ventures that could speed NASA towards another goal: a manned mission to Mars. For example, long missions to deep space would help scientists learn

how to manage long-duration space missions far from Earth, which human missions to Mars would require..."It is true we need to gain experience exploring planetary surfaces, but in fact we've done some of that.... What we actually have almost no experience at all with is operations in deep space" [New Scientist], said committee member Edward Crawley. Missions into deep space would require further research into how to protect humans from space radiation, the harmful charged particles from which lower-orbit missions are shielded by the Earth's magnetic field.

Furthermore, the panel recommended against landing on other planets in an effort to keep costs from becoming, well, astronomical. They touted

a more ambitious plan to skip the Moon and aim directly for Mars and what the members called the “flexible path,” which would avoid the “deep gravity wells” of the Moon and Mars, saving the time and cost of developing landers to carry astronauts to the surfaces of those bodies [The New York Times]. Passing by the moon could even give way to missions to the famous Lagrangian points, first to the location where the gravity of the Moon and the Earth gravity cancel each other out, then to where the gravity of the Earth and Sun cancel out. There could also be visits to asteroids or flybys of Mars leading to landings on one or both of the low-gravity moons of Deimos and Phobos

If NASA wants to land somewhere in space, they could do so on small bodies, such as an asteroid. This would pose similar challenges to docking with another spacecraft, and could happen within six years of setting out to accomplish the goal, committee members said. But not everyone is convinced that NASA should bypass the moon--the panel is also discussing the option of constructing a lunar outpost to eventually facilitate human missions to Mars. In one version of this option, hardware would be designed from the beginning to be used on Mars, with the moon missions serving to test it

Another possibility that could facilitate exploration is orbiting fuel depots, the panel said, which could help cut down on costs by allowing for lighter, cheaper rockets. In this vision, fuel would be ferried to the depot by small rockets

operated by private companies. Competition for this work would drive down costs and spur development of more efficient launch vehicles [New Scientist].NASA's astronauts could then take off from Earth in small, light rockets, and would stop by the depot to fuel up before heading on to their destination. But all these ideas are still strictly hypothetical; the panel's final recommendations are expected in late August.

Related Content: 80beats: 40 Years After Moon Landing, a Question Remains: What Next?

80beats: Russian Probe Tried to Beat Apollo to the Moon—But It Crashed

DISCOVER: Russia's Dark Horse Plan to Get to Mars