Why Is February So Short?

Thirty days hath . . . every month except the ones that have 31 days. Why did February get stuck with only 28? 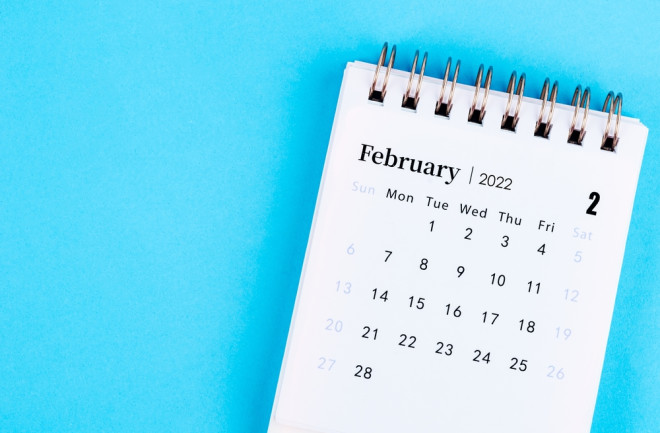 The only thing that may be more perplexing than spelling February is trying to figure out why it only has 28 days long. Even during a leap year February only happens to score one extra day, still keeping it shorter than its peers in the calendar. Why does February get this unjust treatment? The answer has to do a little bit with math and a lot with superstition.

See You Next Spring

The earliest Roman calendar had only 10 months — March through December. Because ancient Rome was an agricultural society, there wasn’t much need to keep up with days or months during the winter. The old year ended in December; the new year began in March. In between was nothing, at least if you were consulting a calendar. Only when it was getting warm again and time to plant crops and plan festivals did this society start to bother about what day and month it was.

Numa Pompilius, the second king of Rome, came along around 700 BCE and decided this situation needed some attention. He wanted a new calendar that would match the 12-month lunar cycle, so he added two months after December: January and February.

However, in those days, even numbers were considered unlucky, so Numa removed a day from the months that had an even number of days so that all the months had either 29 or 31 days. After plucking out the even numbers, he ended up with 354 days, the length of the lunar year (well, almost — a lunar year is 354.367 days long). But that wouldn’t do, of course; 354 is an even number! So Numa decided to round up. His lunar calendar would have 355 days, a nice, safe odd number. But this created another problem. Numa was constrained by mathematics. In order to end up with 355 days in the year, one of the months had to have an even number of days. It’s just a mathematical fact that if you add an even number (say, 12) of odd numbers, the sum will always be an even number. So he decided to give February the short stick. While no one knows exactly why, it’s possible he chose February because that was the month when the Romans honored the dead and went through various purification rituals. If any month had to be stuck with an unlucky number of days, February was probably the best choice.

Is It Spring Yet?

There was an even bigger problem than that one unlucky month, however. The new calendar still didn’t match the seasons. It takes just barely under 365.25 days for the Earth to orbit the sun. It wouldn’t take long for the seasons to get way out of whack on this 355-day system. The Roman solution was a little kludgy. They chopped off the last few days of February and added a 27-day leap month, called Mercedonius, every now and then. This might have worked, more or less, if the high priests in charge of adding the leap months had been on top of the job. They weren’t, though. Sometimes years would go by when no leap months were added. Sometimes leap months were added for political reasons.

Then in 48 BCE, Julius Caesar, now Rome’s dictator for life, had some business in Egypt. There, he learned about a solar calendar based on 365 days. To bring the Roman calendar up from 355 to 365 days, he added 10 days, giving all the months 30 or 31 days — all the months, that is, except poor February, which he left at 28. (Julius Caesar may have been a bit credulous about the Ides of March but apparently, he didn’t get too worked up about even numbers.) But because the solar year is actually not 365 days, but very, very nearly 365-and-a-quarter days, he added an extra day every fourth year. February got the occasional extra day, and we got leap years.

The Julian calendar, as it was called, was far better than Numa’s attempts to corral the seasons into a superstitiously designed year. But still, it wasn’t perfect. By the 16th century, people had started to notice; the calendar was about 10 days off. Pope Gregory XIII authorized some tweaks to keep the calendar from very slowly drifting back out of sync with the seasons. The solution was simple: century years — 1700, 1800, etc. — are only leap years if they are evenly divisible by 400.

We use the Gregorian calendar today. It’s much, much more accurate than previous calendars. But, alas, poor February still gets the shaft.