Researchers have used these cells from foreskin to heal stubborn wounds and test revolutionary drugs. In the future, they may aid in repairing organs. 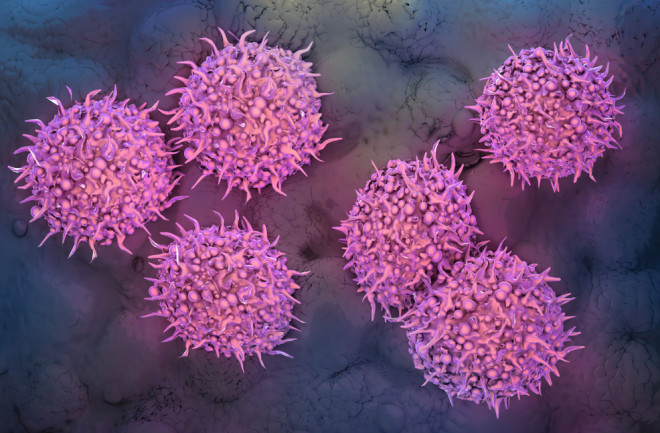 Circumcision ranks among the world’s most common surgeries (and one of the oldest). After its removal, most foreskin is tossed as biological waste — but when they’re kept around, the leftover cells have proven a vital asset to medical research.

Foreskin-owners or not, most people may not know that the cells have been used since the 1970s to heal stubborn wounds. More recently, they’ve been used to test drugs and even to study confounding diseases. The cells’ next adventure: Since the early 2000s, scientists have laid the groundwork in wielding foreskin cells (along with other promising candidates) to repair damaged tissues and organs.

Foreskin contains a variety of helpful cells, but fibroblasts are the most abundant. These are most commonly extracted by scientists because they’re the main cell that composes connective tissue. Human foreskin fibroblasts (HFFs) therefore release growth-promoting materials like collagen, the body’s most plentiful protein, and help support tissues’ structural frameworks. That’s why they work well in “feeding” the expansion of pluripotent stem cells and keeping them primed for conversion into any of the body’s cell types.

Researchers can isolate fibroblasts with the help of certain enzymes — these digest tissue and emit the target cells. Labs then tinker with the fibroblasts according to their desired endpoint. What’s particularly exciting about HFFs: Just one newborn sample contains roughly 100,000 fibroblasts, says Thomas Ichim, an immunologist and chief scientific officer at the regenerative medicine company FibroGenesis. Starting with a small square of foreskin, the fibroblasts can be multiplied to cover several football fields.

That’s because babies’ foreskin cells are far less specialized than those of adults and can be easily multiplied and manipulated into different cell types. “The challenge with a lot of cells in adult tissues is that they don’t really grow outside of the body too much, or even within the body they don’t have too much regenerative capability,” says Ali Khademhosseini, a bioengineer and director of the Terasaki Institute, which focuses on personalized treatments and rebuilding human tissue.

While working with newborns' cells may sound eery, scientists must follow strict guidelines to obtain them. Researchers are expected to source foreskin cells with consent from adult patients or with parental approval for children. Some cell banks collect these with prior agreement and sell them to labs for specific projects.

Foreskin has also made its mark on the cosmetics industry. A wrinkle treatment from the U.K. made from HFFs promises to “improve the structure, function and appearance of skin damaged by scarring or aging.” More broadly, a number of beauty products include baby foreskin.

But the foreskin’s benefits extend beyond the dermis. It can also provide insight into little-understood conditions. For example, HFFs’ feeder cell ability aids the production of stem cells that are programmed with specific genetic alterations. This helps scientists identify the mechanisms behind genetic disorders like Duchenne muscular dystrophy.

Additionally, HFFs have aided treatments for parasitic infections, including Toxoplasmosis — a leading cause of deaths in the U.S. associated with foodborne illnesses — by serving as a model for infection and testing out treatments.

In perhaps the most promising development, scientists have converted HFFs into cell types — including that of the liver and muscles, along with neurons. Scientists accomplish this by programming HFFs “backward” into induced pluripotent stem cells (iPSCs), which can be turned into any of the body’s cells.

This allows labs to simulate organs and get to the bottom of puzzling diseases. By improving the accuracy of models both outside the human body and within animals, research teams could save precious time and money when formulating new medicines. Combined with three-dimensional cell printing, he adds, this technique has already allowed researchers to significantly speed up their work.

“It’s beautiful and many people are doing this,” Ichim says. “Many drug candidates have been developed using this approach, and I guarantee you five years from now we’re gonna have at least seven blockbusters generated through this approach. This is really is the big [reason] why iPSCs are so exciting.”

Take the search for an effective Alzheimer's or Parkinson’s disease treatment: iPSCs from cells including foreskin fibroblasts, along with fat, blood, and other skin cells, can help form brain-like models for this purpose. Thomas Zwaka, a stem cell biologist at Icahn School of Medicine at Mount Sinai in New York City, has created a Parkinson’s disease mouse model from HFF-derived iPSCs.

Meanwhile, some projects aim not only to incorporate iPSCs into models, but to actually insert them into people’s bodies. Neuroscientist Lorenz Studer and colleagues at the Sloan Kettering Institute aim to transplant embryonic stem cell-derived neurons into people’s brains to treat Parkinson’s disease.

Beyond that, a Chinese biotechnology company called Help Therapeutics is testing a heart failure treatment that involves injecting muscle cells made from iPSCs into two men’s hearts. Other projects could, theoretically, accomplish similar transplants or injections by beginning with HFFs.

Despite the wide range of possibilities, these proposals may come with major risks. As Ichim points out, such therapies begin with relatively immature iPSC cells and warrant caution when turning them into more complex ones. “The iPSC is basically fighting with nature … it’s exciting, but of course will be dangerous,” he says.

For one, the stem cells could carry potentially harmful genetic features from the donor. While these signatures are more pronounced in adult-derived cells, Zwaka says, they could occur to a lesser degree in infant cells and carry over even after conversion. Recipients could therefore develop certain genetic diseases or tumors, possibilities that scientists now keep in mind during clinical trials. These foreign cells could also trigger immune reactions, though immunosuppressant drugs might help avert them.

For Khademhosseini’s work at the Terasaki Institute, including 3D-printing new tissues to replace injured ones, he feels it’s best to work with the patient’s own cells or to find donors with matching HLA types. “In tissue engineering, the ideal setting would be to use cells from the person themselves because that’s gonna be compatible immunologically,” he explains. “But also, if you have sources from other people who are matched so the tissue wouldn’t get rejected as fast, that could also be useful.”

It could also help to sequence donor genomes and look out for potential dangers. This could take four to six months, Zwaka estimates, and add significant costs. And as with most medical undertakings, it will be crucial to account for genomic diversity between specific populations and provide patients with appropriate donors (if it isn’t possible to source their own cells).

While there's a long way to go before surgeons can easily place iPSC-sourced cells in human bodies, Zwaka is astounded by the field’s progress so far, particularly the ability to cook up these cells in the first place. “It’s so unbelievable that it works,” he says. “It’s still a mystery to most of us, but it clearly works and is highly efficient.”