Why Hand Gestures Are Important 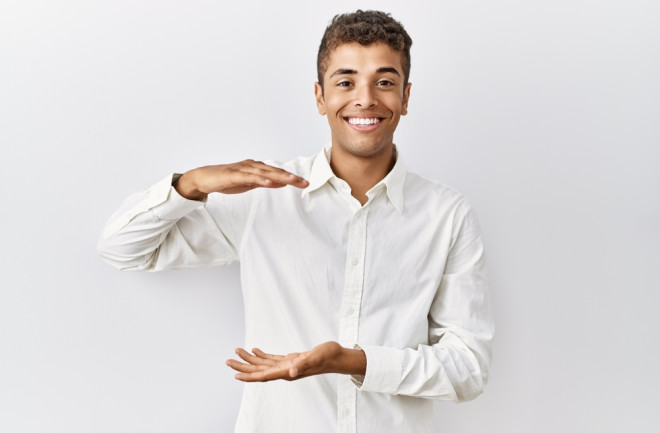 Our hands have always been able to talk. Even without the highly developed nuance of sign languages, the right gesture can invite a lover, repel an enemy and express confusion or excitement. Aside from many universally understood gestures like the middle finger, we also use our hands in vaguer ways to express more complicated concepts while speaking. But how do these gestures affect our speech and communication in general?

“In development, it is well known that gestures precede speech in many ways, and also predict speech,” says Pilar Prieto, a linguist at the University of Pompeu Fabra in Barcelona. She and her colleagues have been conducting several experiments on the use of gestures to determine their importance in communication, as well as their development in children in recent years.

In one study recently published in Speech Communication, Prieto and her colleagues took 20 Italian female volunteers in their 20s and asked them to describe a comic strip. In one experiment, they were asked to sit on their hands so they couldn’t make gestures. In another control, they had no restrictions on their arms.

Prieto and her colleagues recorded the interviews, then analyzed their speech —  counting the number of words they used, the speed at which they spoke, the length of their descriptions, pauses, self-corrections, repetitions, insertions or interruptions and the tone and intensity of their voices.

“You are less fluent in your speech, also you speak less, and with less creativity,” says Prieto.

In another study, researchers did just the opposite. They encouraged 20 native Italian speakers to narrate a story, encouraging them to use gestures in one condition and not encouraging them in another. In this experiment, they found that the people encouraged to gesture used a larger variety of words in their narratives and were also livelier in their speech.

But the researchers wanted to better understand how this worked, especially with non-referential gestures. Prieto’s colleague Ingrid Vilà-Giménez, currently at the University of Girona in Spain, conducted earlier research on analyzing whether they could help the linguistic abilities of children develop if they began training the children to use gestures at early ages. Researchers found that learning gestures could help boost language development and storytelling. But they wanted more evidence about why this might be happening.

The researchers conducted a similar experiment as with the adults, giving five- and six-year-olds acomic strip and asking them to tell a story about what was happening in the images. The researchers then repeated the exercise with the same children two years later, recording the videos and analyzing various components of their speech patterns and gestures.

Júlia Florit-Pons, a Ph.D. student at the University of Pompeu Fabra, says these gestures were used to help move the discourse forward and to indicate they understand the listener is on the same page as them.

“We believe that these abilities somehow related to more cognitive or pragmatic abilities,” Florit-Pons says, adding that the cognitive ability indicating you know the other person understands you is something that grows with age.