The unisexual whiptail lizard may help researchers understand how animals can go from sexual to unisexual. 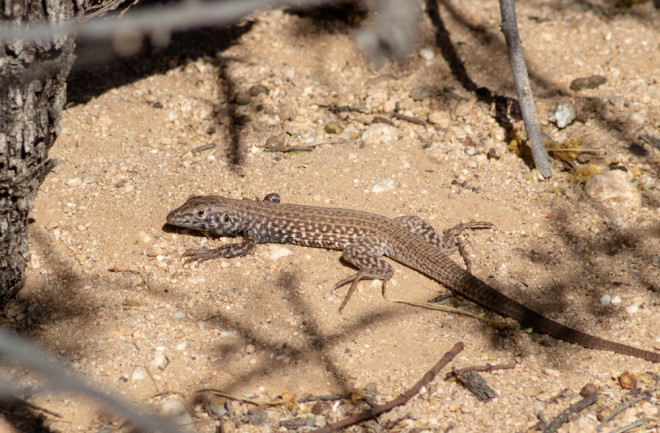 Scientists may be able to predict evolutionary outcomes thanks to a recent study involving a whiptail lizard. The study asks the question “how and why hybridization leads to diverse evolutionary outcomes — such as increased genetic diversity in a species, versus creation of a species that’s wholly new,” according to a press release.

Researchers wanted to understand how a species can go from being sexual to unisexual. To answer this, they focused on lizards. In this study, researchers say genetic distance between parental genomes can predict hybrid outcomes and the likelihood of forming a new species due to hybridization.

Hybridization among animals occurs for a number of reasons. It can help with genetic diversity within a species, or create an entirely new species. This happened in the case of the giant sable antelope and roan antelope in southern Africa. Poachers had thinned out each herd so much there weren’t enough potential mates.

Some lizard species have the ability to change their sex to ensure breeding. However, the North American whiptail lizard, Aspidoscelis uniparens, are unisexual, meaning that they are all female. Yet, when they reproduce, there is still genetic variation in the offspring, which is different from other asexual organisms that basically make genetic clones.

Using a phylogenetic network approach, Anthony Barley and colleagues investigated the sexual parenteral ancestors of the whiptail lizard to determine when it evolved into a unisexual being.

According to a press release, “Only above a certain level of genetic distance between the parental genomes — when the divergence time between species exceeded [about] 10 million years — did hybridization result in unisexual lizards, the results show.”

“These results distinguish among models for hybridization that have not previously been tested,” say the authors in a press release, “and suggest that the evolutionary outcomes can be predictable.”