When the Moon Went Loony 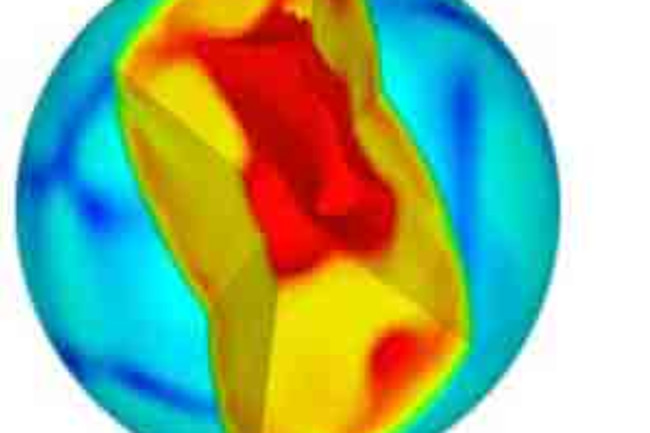 A 3-D model of the early moon shows a giant blob of hot magma (red) rising to the cool lunar surface (blue). | Courtesy of Dave Stegman/University of California, Berkeley

When astronauts returned from the moon, they brought back a collection of puzzling, slightly magnetized lunar rocks. The moon is too small for its core to have grown hot enough to churn and create a magnetic field, so researchers have attributed the magnetism to everything from asteroid impacts to measurement errors. Dave Stegman, a graduate student at the University of California at Berkeley, now finds evidence that the true source was a catastrophic episode early in the moon's history. "Basically, the moon burped," he says.