When a Dragon mated the space station 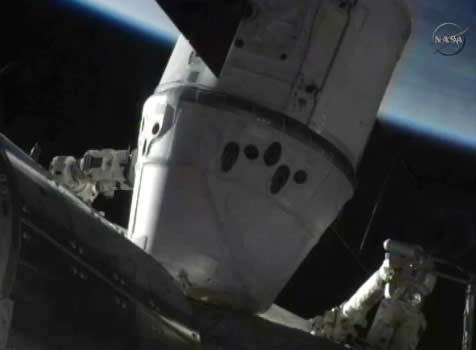 You can read more about this in my last post, which also has a few pictures from the approach and capture. Congratulations to NASA and the team at SpaceX! Fantastic.