Both baking powder and baking soda cause batters to rise when baked. But that doesn't mean they can be used interchangeably. 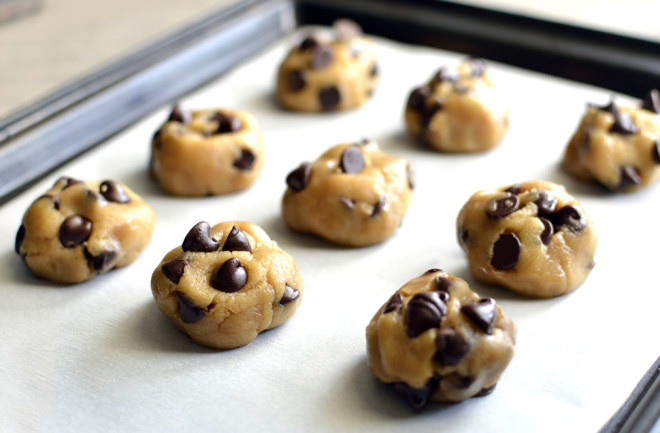 For novice and experienced bakers alike, there’s a mystery lurking amongst their cookie ingredients: What’s the difference between baking powder and baking soda?

It’s a question people often submit to the King Arthur Baking Company Baker’s Hotline, and it’s sure to be something that home cooks will fret over this winter when they realize they’ve dumped the wrong white powder into their dough. “Baking is kind of an art,” says Lilian Were, a food scientist at Chapman University. “Sometimes just following the recipe helps, because there’s a reason why recipes have called for one and not the other.”

Baking soda is a compound called sodium bicarbonate. Humans have been using it for thousands of years, though some of these early recipes weren’t exactly edible. A mineral ancient Egyptians used to dry out the dead during mummification carried the compound.

Baking soda puts life in your baked goods because of the chemical reaction it undergoes when mixed with acidic ingredients. On the pH scale, a spectrum that measures how basic or acidic a compound is, sodium bicarbonate qualifies as a base. When compounds on opposite ends of the pH scale — an acid and a base — come together, they react and release carbon dioxide gas. The gassy outburst is what you see pouring out of a junior high schooler's volcano project and it’s what happens in your cake batter once you spoon in the baking soda. As the gas forms, it leavens your baked goods.

A recipe needs to include enough acid for the chemical reaction to take off. People typically think of acids as something extreme, like lemon juice — but buttermilk, chocolate, honey and a range of other ingredients are acidic enough to do the trick, Were says. And since the chemical reaction starts as soon as the soda hits the acid, the dough needs to bake right away, or else the precious bubbles disappear.

Baking powder, on the other hand, is essentially baking soda and another accompanying acid, mixed and ready to be measured out. “Baking powder is an all-in-one leavener. It’s already balanced, and there’s nothing tricky about it,” says Susan Reid, senior recipe tester at King Arthur Baking Company, who is familiar with the kinds of questions customers submit to the brand’s hotline. From a chemical standpoint, the dried acid used to make baking powder often resembles the crystals that form on wine corks. A filler ingredient, like corn starch, keeps the two active ingredients from going at one another until the baking powder hits your batter, Reid says.

Furthermore, baking powder can get more elaborate and be double-acting, a label you’ve likely seen on some cans. This formula marries the sodium bicarbonate with two kinds of acids — one that activates when mixed into the batter, and one that kicks off gas production only when exposed to heat. The two-part activation series benefits bakers and chefs who might mix up a batter and dole it out over time, like how a commercial bakery might whip up a basic muffin base and store it in the fridge between uses, Reid says, since the heat activation step guarantees an in-oven rise.

Which One Should You Use?

Baking powder often serves as the default leavening agent in cakes and cookies because it eliminates the need to calculate how much acid ought to go into the batter. Baking soda — the single-ingredient leavening agent — is just a base, and it tastes like one. If a recipe calls for too much baking soda and not enough acid, the un-reacted excess could cause an alkaline taste or gray color in the final baked good. Baking powder avoids this dilemma by providing both an acid and base at once. Even if some of the baking powder doesn't react and churn out carbon dioxide, the other chemical agents present will neutralize each other and remain undetectable by your taste buds.

That said, baking soda comes with some benefits, too. It can impart crispiness and a rich, dark color that's appealing in cookies, Reid says. This leavening agent works particularly well with brown sugar, since the molasses (the brown part of brown sugar) provides the acid it needs to activate. Reid says the alkaline taste of baking powder — which some people interpret as saltiness — is even desirable in some cases. Baking soda can also help take the rough edge off of an extremely acidic ingredient, like tart citrus juice. Although sugar also balances the puckering flavor, too much makes the final product cloying. A smidgen of baking soda cuts the sourness without going overboard on sweetener, which explains why some recipes call for both powder and soda.

Since baking powder is baking soda with extras added, you can substitute the former with the latter, particularly if your dough is getting cooked right away. A simple swap won’t cut it though, Reid says. If you're using baking soda in place of baking powder, you’ll need to add an acid, like a tablespoon of vinegar, to activate the baking soda.

When substituting baking soda for baking powder, you'll likely need to scale back the amount you're adding to the batter. Since baking powder packs extra ingredients into the formula, recipes tend to call for larger volumes. Putting an identical amount of baking soda in the recipe will ruin your dessert. “The one-for-one swap would be disastrous,” Reid says. “It would literally taste like a bar of soap.”

So you probably should make a trip to the store if you need baking soda and only have baking powder, and vice versa. If that sounds annoying, know there was a time — before we knew how to incorporate sodium bicarbonate into our baked goods — that cooks got their cakes to rise by grinding up deer antler. You know, in case you need something extra to be grateful for this holiday season.