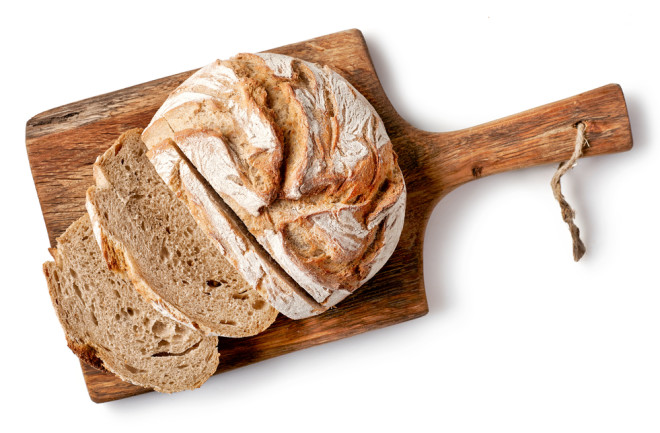 (Credit: MaraZe/Shutterstock) Agriculture is thought to have been developed 11,000 years ago in the Levant, where Iraq, Israel and Jordan are today. But in recent years, archaeologists have discovered sites in the region suggesting hunter-gatherers were making use of crops thousands of years earlier. In a paper published today in the Proceedings of the National Academy of Sciences, a team of researchers reveals that foragers in northeastern Jordan were baking bread from wild cereals more than 14 millennia ago. Charred breadcrumbs taken from two fireplaces at an ancient site known as Shubayqa 1 are the oldest ever discovered. The bread makers belonged to a semi-sedentary culture known as the Natufians. They hunted gazelle, wild sheep, water fowl and rabbit, while also gathering wild plants, including barley, einkorn and oat, says Tobias Richter, an archaeologist at the University of Copenhagen and lead author of the study. Archaeological evidence also suggests the Natufians were using sickles to harvest plants and ground stones to process seeds. The Natufians appear to straddle the subsistence fence between nomadic hunter-gatherers and the Neolithic farming settlements that emerged later in the Levant and eventually spread west to Europe by the 9^th millennium B.C. “The Natufian is certainly somewhat different in scale and activities than what we see before in the Paleolithic,” says Richter, “and they have more in common with later Neolithic societies.” Ag Before Farmers The Natufians weren’t the only Near East foragers dabbling in agriculture. In 2015, scientists revealed that 23,000 years ago a group in Israel called the Ohalo II were harvesting wild wheat, barley and oats and producing flour. But the Natufian settlement stands out because it is the only pre-Neolithic site showing the actual creation of cereal-based meals, the researchers say. Also, unlike the Ohalo people, whose farming probably was limited to a regional bubble, the Natufians’ efforts might have influenced Neolithic farmers, though more research on that front is needed. The timeline matches up, though: Shubayqa 1 was occupied for thousands of years until the middle of the 12th millennium B.C., about the time when farming communities sprang up in the Levant.

This is one of the fireplaces where the bread-like products were discovered at Shubayqa 1. Image courtesy of Alexis Pantos. The research team made the bread discovery by analyzing 24 microscopic charred crumbs from two fireplaces, recovered during excavations between 2012 and 2015. The fireplaces were from different time periods and each was once inside a housing structure. The baked crumbs showed a porous matrix similar to unleavened bread. In addition, nearly half of the wild wheat and barley recovered from the fireplaces had broken edges — evidence that they were ground, something commonly linked to bread production, the paper says. Bread, Something Special Bread making, which is labor intensive, likely wasn’t an everyday occurrence for the Natufians as it was for the later Neolithic farmers. Breadcrumbs are relatively rare among the botanical samples. Richter says Natufian bread may have been prepared only for special events, such as ones involving food sharing. But even if harvesting wild cereals to make bread and other foodstuffs was uncommon, the Natufians still might have played a role in the rise of farming communities. “It is conceivable that [the early agriculture of the Natufians] spurred people into cultivating cereals later on,” says Richter.