The Maillard reaction not only turns it golden brown, but also releases mouth watering aromas. 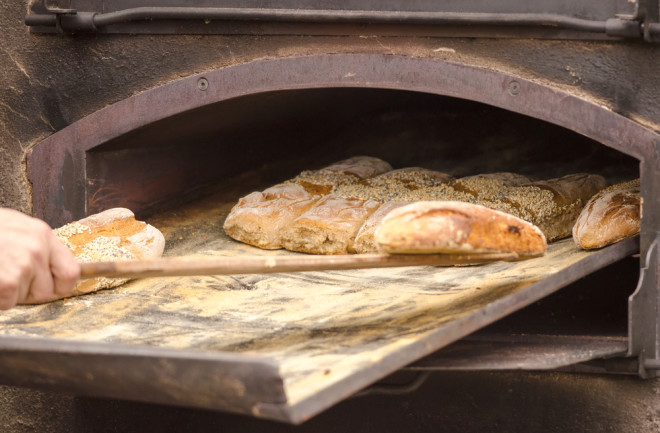 Have you ever wondered how freshly baked bread gets its golden brown crust and why it smells so good? Or how nondescript green berries turn into beautiful brown coffee beans with a rich alluring aroma?

The answers to these questions lie in a series of complex of chemical reactions, known as Maillard reactions, which give many foods their familiar flavors and colors. These sensory properties even guide us in how we choose foods and help create our initial perceptions of their quality.

As the name suggests, Maillard reactions were first described by a French physician and biochemist, Louis-Camille Maillard, in 1912. These reactions produce hundreds of chemical compounds that give color and aroma to some of our favorite foods such as roast meat, potato chips, bread and other bakery products, coffee, chocolate and confectionery.

Maillard reactions occur between amine groups of amino acids or proteins and “reducing” sugars, such as glucose and fructose. These sugars are so named because they act as chemical reducing agents.

These reactions occur most rapidly under conditions of low moisture and at temperatures above about 130℃. Hence, they tend to kick in when we fry, bake, grill or roast.

Maillard reactions are also referred to as browning reactions because of the color they impart to foods cooked in this way. When meat is grilled or roasted, only the surface is usually hot enough to cause browning. The interior can retain a pinkish color because the cooking temperature stays below that required for Maillard reactions to occur rapidly.

Foods cooked by boiling or steaming do not turn brown or acquire the complexity of flavors because the temperature only reaches about 100℃. Likewise with cooking in a microwave oven.

The color of chocolates, fudges and toffees are produced by the reaction of sugars with milk proteins.

The initial products of Maillard reactions are small volatile molecules, which are responsible for the aromas we get from freshly baked bread and coffee. More complex reactions then take place to form larger molecules responsible for the golden to brown colors. This is why the aroma of baking bread is sensed before the crust browns.

The later Maillard reactions are not well understood. We do know that some of the molecules they form have unpleasant flavors and may even be toxic, or the source of carcinogens that occur in charred meat.

The Color of Flavor

A common misconception is that Maillard reactions are the same as caramelization. Although both are favored by conditions of low moisture, caramelization occurs when sugars are heated to high temperatures in the absence of proteins. The common food flavor and caramel color is produced by heating a mixture of glucose and sucrose to 160℃.

Maillard reactions don’t only take place in a hot oven though. They can also occur slowly at ambient temperature, resulting in gradual changes to aroma, flavor, color, appearance, texture, shelf-life and nutritional value of stored foods.

Dark Side of Maillard Reactions

Maillard reactions can also have detrimental consequences. Unsightly blemishes may appear on chips after frying if their reducing sugar content exceeds 0.03 percent of dry matter. Potatoes destined for commercial chip production are carefully monitored to ensure reducing sugars are below this level.

An undesirable product of Maillard chemistry is acrylamide. This is a chemical that can be detected in tiny amounts in a range of fried or roasted foods, including potato chips, coffee, cocoa, chocolate and cereal-based bakery products, sweet biscuits and toasted bread (but not in steamed buns).

Acrylamide has been mentioned as a possible carcinogen, although according to Food Standards of Australia and New Zealand, the body that oversees the safety of our food, there is no direct evidence it causes cancer in humans. Acrylamide does not occur in raw foods or foods cooked by boiling or steaming.

You can almost smell it from here. (Credit: THINK Global School)

Some aspects of the Maillard reaction have long been implicated in human aging and health conditions.

Examples include loss of elasticity of connective tissue and the appearance dark spots on skin due to effects on collagen, cataract formation due to reactions with the lens protein crystallin, changes in neural proteins contributing to neuropathology and dementia, and glycation of haemoglobin due to elevated blood glucose levels in diabetes.

The importance of Maillard reactions in the kitchen and beyond is well established, even though these reactions are still not well understood more than a century after they were first described.

Nevertheless, we can take advantage of their benefits while continuing to learn about this fascinating area of chemistry.

Les Copeland is a professor of agriculture at the University of Sydney. This article was originally published on The Conversation. Read the original article.