What’s the Appeal of Deep Voices In Men?

Low-pitched male voices are frequently seen as signs of dominance, strength and sex appeal. Now anthropologists are sussing out whether there’s truth behind the stereotypes. 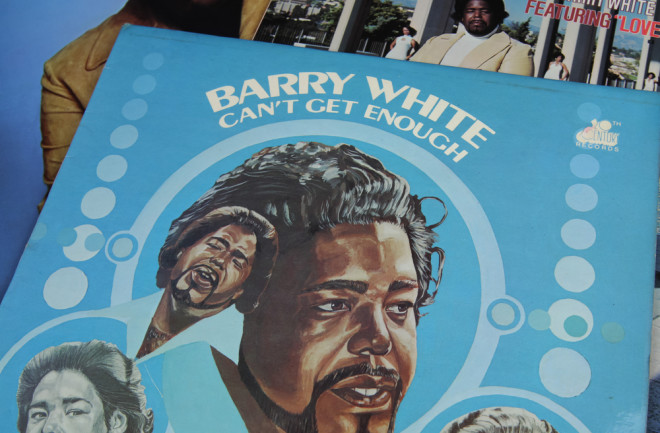 For many people, Barry White crooning in his thick, honey voice how he “Can’t Get Enough of Your Love, Babe,” is the ultimate sound of desire and sexual attraction. American television host David Letterman once asked the singer to read a list of mundane words, including “gingivitis” and “gubernatorial,” to prove they would sound romantic in White’s bass-baritone voice. They certainly did.

Research confirms that deep voices give men an aura of power and sexual allure. Men with low, resonant voices are more likely to be perceived as attractive, masculine, respectable, and dominant. “Judgments of anything that contributes to success in competition—age, size, muscle mass, confidence, leadership—they are all strongly affected by voice pitch,” says Carolyn Hodges-Simeon, an anthropologist at Boston University.

This preference for virile voices extends beyond cisgender, heterosexual, industrialized contexts. One study found that single homosexual men rate low-pitched voices as more attractive. In another study of trans men undergoing testosterone therapy, vocal masculinization was found to be the most important trait participants wished to change. Achieving a deep voice is also associated with greater well-being in trans men. Among Hadza hunter-gatherers in Northern Tanzania, women perceive men with lower voices to be better hunters, and such men father more children, possibly because they are considered more attractive and high status.

Given the widespread fondness for baritones and basses across various sexual identities and cultures, it seems likely that there is an evolutionary reason behind this preference and that vocal pitch may have been an important element in how humans selected mates for millennia. But why would that be?

For years, anthropologists have been trying to discover if male vocal parameters evolved as reliable signals of bodily condition, be it robust immune systems, reproductive fitness, or brawny physiques. Are men who sound like Barry White really more likely to fend off attackers and sire healthier children than men with tenor tones like Justin Timberlake?

In the last two years, a spate of anthropological studies suggests that deep voices really are honest indicators of many stereotypical traits, from handgrip strength to fighting prowess. However, there are contradictions hidden in vocal tones—and not everyone is convinced that vocal pitch speaks volumes about men’s vigor.

In many animal species, males sound lower and deeper than females—it’s true for baboons, field crickets, red deer, and certain types of frogs, for example. Compared to other apes, though, humans have particularly large sexual differences in voice pitch, which is determined by the rate of vibration of our vocal cords.

“There is so much attention in evolutionary literature on height, and selective pressures on height, and that’s only an 8 percent difference [between men and women]. In voice pitch, we are looking at more like 60 percent. That just doesn’t come about by accident,” Hodges-Simeon says. Instead, she believes, such differences are the result of sexual selection.

It could be that women simply tend to choose men with low voices, allowing them to pass on their Barry White–like genes. In addition, men with deep voices might be more successful at intimidating and outcompeting male rivals. From sea lions and koalas to giant pandas and dogs, males of various species appear to judge how dangerous other males are based on their voices.

Humans make similar judgments about men. Research shows that both men and women tend to perceive men with deeper voices as more alpha. In a 2020 study published in Scientific Reports, David Puts, an anthropologist at Pennsylvania State University, and his colleagues revealed that men with lower-pitched voices were viewed as more likely to win a fist fight. In other studies, such men were often seen as more effective CEOs, more deserving political candidates, and in some cases, better leaders.

But just because baritones and basses are perceived as badass doesn’t mean they actually are. So, several recent studies set out to determine if there were biological truths underlying these assumptions.

Based on this research, Puts and his colleagues then tested whether voice pitch was an honest indicator of formidability, which they defined as “the ability to inflict physical damage on others in combat.” In a study published in 2021 in Evolution and Human Behavior, they found evidence that taller men are perceived as more formidable in part because their voices are lower in pitch. “Voice pitch seems to be part of the reason why when we hear an actually formidable male, we perceive him that way,” Puts says.

In another 2021 study, Puts showed that among professional male mixed martial arts fighters, voice pitch can be a valid cue of how well someone would do in a sparring match. However, the effect was small—just a 3 percent difference at most. But of course, as Puts points out, professional fighters have a low degree of variation in their fighting ability compared to the general public.

In a different study published in 2021, a group of scientists, led by Katarzyna Pisanski at the French National Centre for Scientific Research and Karel Kleisner at the Charles University in Prague, recorded urban Cameroonians and nomadic Hadza hunter-gatherers in Tanzania talking and roaring. They found that while the quality of one’s voice during normal speech is linked to handgrip strength, the rough, harsh sound of a roar is an even better indicator. The researchers posit that these aggressive nonverbal sounds telegraph signals about brawniness through a combination of many acoustic traits, including pitch.

A similar show of strength or aggression might be happening in athletic competitions, Hodges-Simeon observes. “When I played sports, we would come and put our hands together, and we’d yell before we’d go out on the field. It’s such an interesting behavior. Why are we yelling?”

The demonstration of deep or harsh voice qualities may have been involved in conflict between hominin groups, Hodges-Simeon says. She points out that when chimpanzees patrol their borders, they often make vocalizations together, perhaps to display their strength and aggressive intent to potential enemies.

Voice pitch may also reveal something about men’s underlying health. Puts’ Scientific Reports study showed that when male cortisol levels are low, more testosterone is linked to lower pitch. According to Puts, this fits with the immunocompetence handicap hypothesis, which states that since testosterone takes away energy from the immune system, only men in the best of health—whose immune systems are not suffering due to physiological stress—can afford to develop testosterone-dependent traits.

Likewise, Hodges-Simeon’s research suggests that lower voice pitch may be linked with higher levels of salivary immunoglobulin-A, an antibody that is the body’s first line of defense against infections.

Despite the growing pile of evidence that voice pitch and resonance tell us some truth about men’s strength, health, and desirability, the connections aren’t always clear-cut.

For example, in his Scientific Reports study, Puts pointed out that the preference for deeper voices runs only up to a certain point, with the lowest male voices seen as less attractive.

“I’m assuming that it sounds scary,” Hodges-Simeon says of these extreme bass voices. “There is research out there showing that potentially hypermasculine males might be more prone to aggression.”

What’s more, several studies have linked low male voice pitch with sexual infidelity. This may be why women tend to favor more masculine voices in short-term relationship contexts rather than long-term. And in a study of homosexual males, single men preferred deeper voices, but men in couples showed no such preference.

Research on voices and body condition aren’t always consistent. “Many studies suggest there is no relationship between men’s size or strength and their vocal pitch,” says Steven Arnocky, an evolutionary psychologist at Nipissing University in Canada. And one recent experiment by Puts and Hodges-Simeon found that although voice pitch had little to do with a speaker’s self-reported health, listeners ranked people with lower voices as healthier.

A further complicating factor could be that people deliberately change their voices. Want to sound more knowledgeable and successful? Lower your voice. Both men and women have been shown to do just that, successfully fooling others.

It seems researchers still have many questions to answer, including how voice pitch is linked to health history, hormones, genetic predictors, sexual selection, and more.

In addition, health and lifestyle choices interact with vocal variations in complicated ways. Smoking cigarettes can deepen the voice but harm health. A man with a higher-pitched voice, like boxer Mike Tyson, can train to become a formidable fighter. And Barry White, with his velvety baritone, was an imposing man—6 feet, 4 inches tall, and stout. But he struggled with hypertension and other health problems and sadly passed away at the young age of 58.

This article was originally published in SAPIENS

More From Discover
Mind
Weed Might Not Make You Creative After All
Mind
How Does Alzheimer's Disease Lead to Death?
Technology
What Is a Social Media Cleanse?
Mind
Calming Kids With Electronics May Affect Emotion Regulation Skills
Mind
What Psilocybin Psychedelic Mushrooms Are Teaching Us About Human Consciousness
Mind
How Failing Could Actually Help us Succeed
Recommendations From Our Store
My Science ShopDiscover STEM Kits
My Science ShopDiscover 2022 Calendar
My Science ShopStrange Science
My Science ShopElements Flashcards
Shop Now
Stay Curious
Join
Our List