Total eclipses, trees' lives and a "doomsday vault" are among our picks this month. 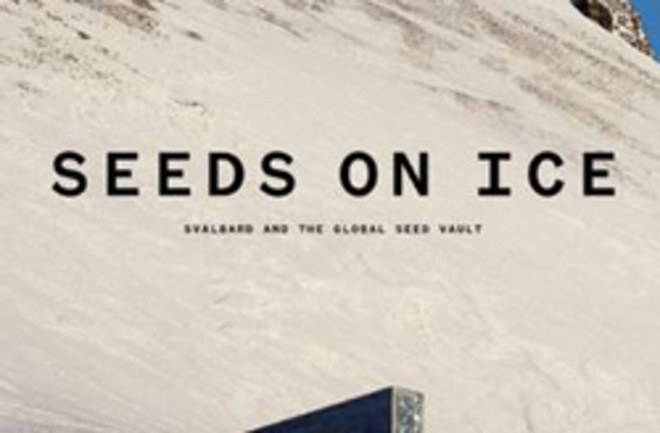 The Hidden Life of Trees: What They Feel, How They CommunicateBy Peter Wohlleben

Some hikers enjoy traveling through forests because trees don’t talk — but it turns out they do. Wohlleben, a forester by profession, blends years of personal experience with new research into how the organisms exchange information, react to threats and even raise their young. While the science is interesting, it’s Wohlleben’s gentle storytelling that makes the read such a pleasure.

Sun Moon Earth: The History of Solar Eclipses From Omens of Doom to Einstein and ExoplanetsBy Tyler Nordgren

When the moon clips our view of the sun or our own shadow blots out our satellite, we experience it with the benefit of millennia of knowledge. We know years in advance when an eclipse will happen, where on the planet it will be visible and, perhaps most importantly, that the world will not end because of it. Our ancestors were not so well-prepared. Astronomer and physicist Nordgren charts the path our species has taken from terror to scientific understanding, and he’s done it with wit and clarity.

Utopia Is Creepy and Other Provocations By Nicholas Carr

It’s ironic that Carr, a Pulitzer Prize finalist, takes on modern life’s short attention spans and worship of the superficial in a series of essays, some barely a page and one merely a sentence. But, as the title promises, these are rapid-fire volleys of ideas deceptively designed to engage at a depth greater than 140 characters. By turns wry and revelatory, and occasionally maddening, Carr succeeds in shaking the reader out of screen-zombie complacency.

Seeds on Ice: Svalbard and the Global Seed Vault By Cary Fowler

Deep in Arctic Norway sits a collection of seeds from around the world, a stockpile of genetic diversity that’s fast disappearing from cultivation. Fowler, a key player in the banklike facility’s creation, uses stunning images of the site and its surrounding landscape as a springboard into bigger-picture issues, including the need for what some have called a “doomsday vault.” His tone is more hopeful than gloomy, however, in this fascinating look at a place few of us would otherwise visit.

How to Make a Spaceship: A Band of Renegades, an Epic Race, and the Birth of Private Spaceflight By Julian Guthrie

Guthrie reveals the roots of the current space race among entrepreneurs in this fast-paced account of would-be rocket men chasing the $10 million XPRIZE, announced in 1996 but unclaimed until 2004.

Giants of the Lost World: Dinosaurs and Other Extinct Monsters of South America By Donald R. Prothero

From the horned and particularly hideous Carnotaurus of some 70 million years ago to more recent 200-pound, saber-toothed relatives of the possum, South America was home to some of evolution’s greatest oddities.