What It Takes to be a Space Pilot

A few elite pilots have the job of flying rockets to space and back. As the commercial space industry grows, their ranks may swell. 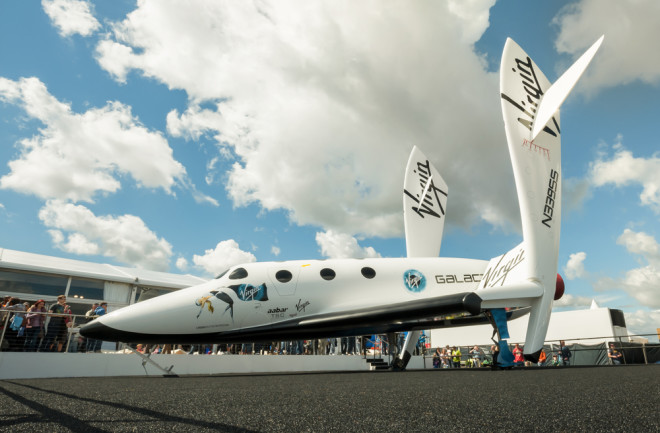 Taking control of a 3,000-pound rocket motor launching into an inhospitable environment at speeds exceeding 2,000 mph sounds terrifying to some. But others will spend their whole careers in pursuit of those ephemeral, weightless moments.

With the expansion of commercial space exploration, more pilots will be needed to guide spacecraft beyond the bounds of Earth. These pilots come from a wide variety of backgrounds, but they all have one thing in common: lots of flying experience.  Here’s a look at what it takes to become a space pilot.

Flying into space is a coveted job. That demand means companies are able to choose the most qualified pilots. And at the top of the list of qualifications: hours in flight.

“The more experience you have, the more likely you are to have encountered situations that are more challenging,” says David Mackay, chief pilot for Virgin Galactic.

Being able to handle those unexpected situations could mean the difference between life or death if something goes wrong with the spacecraft. Most commercial space pilots start out as test pilots — airplane pilots specially trained to test out new and experimental aircraft. Mackay himself spent nearly a decade as a test pilot for the Royal Air Force before joining Virgin Atlantic — part of the Virgin Group that runs Virgin Galactic — in 1995.

Similarly, Mike Melvill spent decades as a test pilot before launching into space. In fact, Melvill started out building planes before he learned to fly them. Only later did he graduate to work as a test pilot after catching the eye of Burt Rutan, founder of spaceflight company Scaled Composites.

“It only happened because … I met Burt, and he saw that I built a plane accurately and it flew very well,” Melvill recalls. “He flew it himself and he then trained me himself to be a test pilot of his aircraft.”

Melvill would go on to pilot Virgin’s SpaceShipOne, making the first commercial flight into space in 2004. But Melvill’s story is unique.

“I don’t know anyone else who went the path I went. No recollection of anybody who was lucky enough to get to do what I did,” Melvill says.

Typically, test pilots receive their training through the military, as Mackay did. On top of that, they spend countless days in flight simulators to prepare future commercial space pilots for all conceivable situations.

There’s no driver’s-license equivalent for commercial space pilots, but there is some limited government oversight. In 1984, as the commercial space industry started taking off, the government formed the Office of Commercial Space Transportation. Today the office’s main job is to review and approve commercial rocket launches. It also requires “informed consent” of anyone flying into space.

“It’s somewhat akin to going to a doctor’s office. The doctor informs you of all the known risks associated with the particular procedure or operation and once the patient has been informed of that, some documentation is signed and then the procedure proceeds,” said Kelvin Coleman, the Federal Aviation Administration’s deputy associate administrator for commercial space transportation. “We ensure that consultation is made, and that documentation is in place before those space flight participants and crew members can fly.”

For commercial space pilots who have successfully completed an authorized flight into space — defined in the U.S. as 50 miles above Earth’s surface, where effects like weightlessness become apparent — the Office of Commercial Space Transportation recognizes their achievements with “Astronaut Wings.” To date, seven commercial astronauts have received the wings; those flying under government programs, including NASA, aren’t eligible for them.

While Virgin Galactic plans to continue having pilots aboard their spacecraft, some companies, like SpaceX and Blue Origin, are opting to forgo humans for automated systems. But for those who will continue with live pilots behind the controls, test pilots will likely continue to fill their ranks.

“We’re in a test program and, you know, it makes complete sense to have test pilots working on an aircraft that is still in the test program,” Mackay said. “Maybe one day we don’t need test pilots and on the other hand there are an awful lot of [pilots] who are really interested in doing this. And you know, why not get the most experienced and best-qualified pilots you possibly can?”

Aside from flight experience and the ability to communicate clearly with a large team, a commercial space pilot also needs another crucial attribute: a passion for the job.

“One of the most important things, of course, is that we want somebody who is highly motivated and really keen to see the project succeed. And a good team player, it takes a big team of people to make this work,” Mackay said.