What A Crazy Weekend for Volcanoes, Huh? 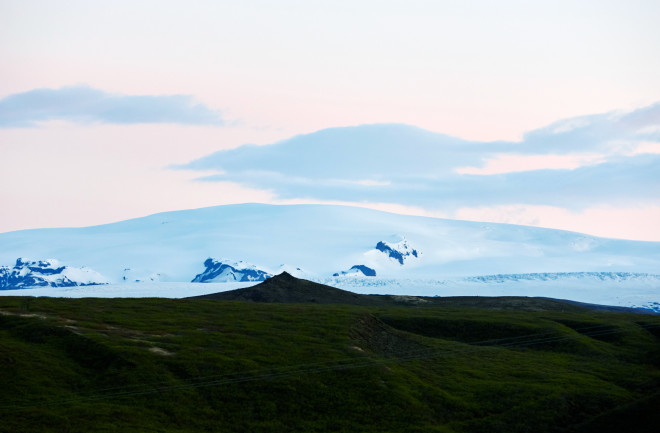 Alamy It was a busy weekend for a number of volcanoes across the planet, but the one we were all watching decided to take a breather: Iceland After an intense earthquake swarm last week, Katla calmed down significantly. The earthquakes nearly ceased at the caldera and Icelandic officials have reopened the roads to Mýrdalsjökull, the ice cap that sits over Katla itself. Some tourist spots close to the volcano remain closed for the time being. From the descriptions of the swarm and the resulting increase in water from the rivers leading from the caldera, the current guess is that this swarm might have been driven by changes in the hydrothermal system in the upper reaches of the volcano. The Yellow alert status remains, but that could change soon. So, we can all calm down for now. Canary Islands

But as Katla was calming down, a new earthquake swarm was hitting Tenerife

in the Canary Islands (see below). The brief uptick in seismicity

lasted only a few hours, but it produced about 100 small earthquakes according to INVOLCAN, the volcano monitoring agency for the Canary Islands. No deformation of the island

of Tenerife has been noted, but earthquake swarms like this are relatively uncommon. So INVOLCAN scientists are currently out sampling different areas to see if any increases in carbon dioxide emissions have occurred. The last eruption at Tenerife

had a series of specular eruptions over the weekend, including one that may have destroyed the lava dome at the volcano's summit. This increased activity has prompted Mexican officials to set areas 8-11 kilometers (5-8 miles) off limits

(that distance varies because Colima straddles multiple states). The webcams at Colima captured much of the action, with glowing blocks of the lava dome rolling down the slopes of the volcano, along with some areas that might be new lava flows. Three villages near the volcano were evacuated

due to the potential pyroclastic flow and ash hazard from these eruptions, which has been producing ash plumes that reach 4 kilometers (~13,000 feet)

. You can watch the eruption on one of the webcams

The crater at White Island in New Zealand, showing the new single gas vent and the disappearance of the crater lake on October 2, 2016.GeoNET/GNS Science Finally, White Island

has seen some changes since its small eruption last month. The small lake that persisted in the island volcano's crater has disappeared

(see below) while most gases being emitted are now coming from a single vent. Gas emissions don't appear to have increased and seismicity remains low at White Island. It is unclear what this change in the hydrothermal system means in terms of future activity.