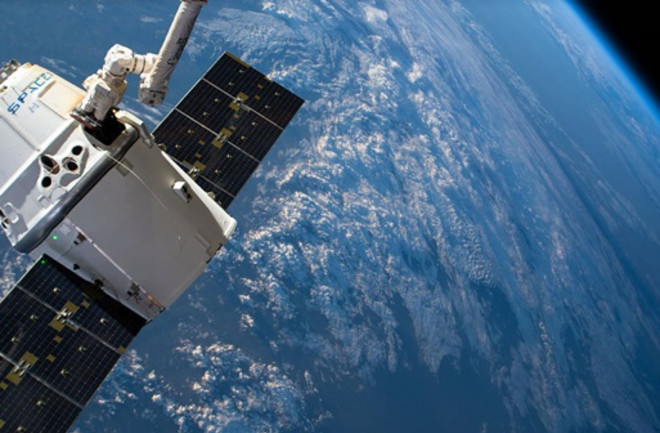 A SpaceX Dragon cargo craft on a resupply mission to the ISS. (Credit: NASA)

At about 6:24 p.m. EDT on July 24, a Falcon 9 rocket with the attached Dragon capsule are scheduled to blast off from the Space Launch Complex at Cape Canaveral Air Force Base. Dragon is supposed to reach the ISS for docking on Friday.

On this mission, Dragon will be delivering supplies, science investigations and the new International Docking Adapter. With this new docking adapter, other spacecraft created by Boeing and SpaceX, along with international spacecraft, will be able to dock at the ISS easier. This will be an asset in the future as the Commercial Crew Program starts coming into focus for the ISS.

As of right now, the conditions are only 30 percent favorable for a launch on Wednesday, with possible lightning in the forecast, according to NASA. The supply mission was originally planned to blast off on July 21 but was moved back over the weekend.

The last Dragon cargo mission docked at the ISS back in May. This particular capsule will be making its third trip, a first in private spaceflight, as the spacecraft already reached orbit in 2015 and 2017. SpaceX is aiming to launch a crewed version of Dragon by the end of 2019.

This next launch is also happening on the 50th anniversary of Apollo 11’s splashdown.

NASA TV will broadcast the launch beginning with a press conference at 10 a.m. EDT.