The former fighter pilot played a pivotal role in testing the spacecraft and techniques needed to eventually send humans to the surface of the Moon. 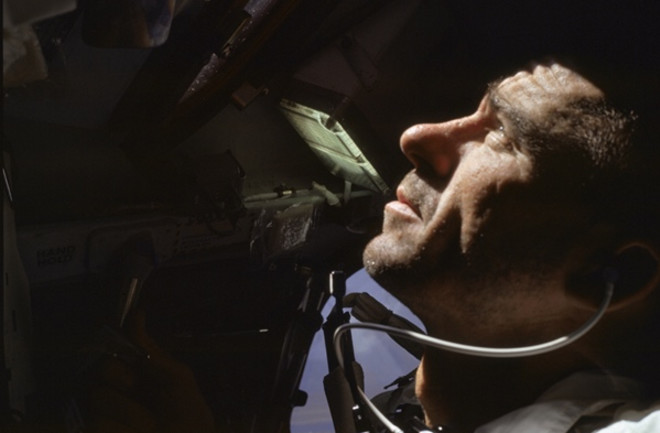 Walter Cunningham, a civilian astronaut who helped reignite America’s push to the Moon following the tragic Apollo 1 fire, died on Tuesday (Jan. 3). He was 90 years old.

The last surviving member of the first crewed Apollo flight, Apollo 7, Ronnie Walter “Walt” Cunningham could be seen as an outsider compared to most other astronauts of his time: He was first a fighter pilot, not a test pilot; he was a physicist, not an engineer; and he drove a Porsche, not a Corvette, like most other early NASA astronauts.

But at heart, Cunningham was still an irreverent adventurer, explorer, and, by his own unalloyed admission, someone who kept both eyes focused on the future and seldom dwelt in the past.

“Walt and his crewmates made history [during Apollo 7], paving the way for the Artemis Generation we see today,” said NASA Administrator Bill Nelson in a statement. “NASA will always remember his contributions to our nation’s space program and sends our condolences to the Cunningham family.”

How Walter Cunningham Became an Astronaut

Born March 16, 1932, in Creston, Iowa, Cunningham grew up in an agricultural community located at the crest of the railroad linking the Mississippi and Missouri river basins. At age 8, he watched actors Wallace Beery and Clark Gable play naval aviators in the movie Hell Divers (1932), kickstarting his desire to someday become a pilot.

Cunningham later attended high school in Venice, a neighborhood located in the westside of Los Angeles, California. After graduating, as his classmates were drafted into duty in Korea, Cunningham enlisted in the Navy in 1951.

Initially, and “kind of foolishly,” he later recalled in a NASA Oral History, Cunningham aspired to study architecture following high school. But after enlisting, he instead completed flight training, saw active Navy service, then transferred to the Marine Corps.

“In the Navy, you ran the risk of being assigned to torpedo bombers or transport pilots,” he said of his decision to transfer. “The Marine Corps guaranteed that, your first tour, you would be flying single-engine fighter planes.” And although Cunningham never faced any real aerial combat, the fighter-pilot glamour exerted a powerful, irresistible magnetism to him.

By 1961, having resigned active duty, married, and now serving as a Marine Corps reservist, Cunningham had earned undergraduate and master’s degrees in physics from the University of California at Los Angeles. “Without a college education,” he later quipped, “I wasn’t going to go very far.” He joined the RAND Corporation, a nonprofit global policy think tank, in California’s San Fernando Valley, spending his time laboring over equations used to guide submarine-launched ballistic missiles to their targets. Cunningham also began (but did not complete) a doctorate focused on measuring Earth’s fluctuating magnetic field. Then his life took an unexpected turn.

One morning while driving to work, something on the radio caught his ear. He pulled his Porsche over to the roadside and listened. Two thousand miles away, in Florida, a naval aviator called Alan Shepard had just become America’s first man in space.

Always a keen athlete, gymnast, and swimmer, and brimming with self-confidence, Cunningham took up running along the Santa Monica coastline, “because I read that’s what the astronauts did.”

Cunningham continued his doctoral research and his work at the RAND Corporation. But he also applied to join NASA's third class of astronaut candidates. In the summer of 1963, he underwent intensive medical and psychological testing. And by October of that year, he was accepted into NASA’s third astronaut class, alongside future moonwalkers Buzz Aldrin, Dave Scott, and Gene Cernan.

In September 1966, Cunningham and astronauts Wally Schirra and Donn Eisele were assigned to Apollo 2, a planned two-week mission that would orbit Earth. But Apollo 2 would have virtually duplicated the agenda of the planned Apollo 1 mission, which Schirra disliked. To Schirra, repeating a flight that has already flown made little sense — and offered little challenge.

By November, Apollo 2 had been cancelled. Schirra, Eisele, and Cunningham were instead reassigned as the backup crew for Apollo 1 astronauts Virgil “Gus” Grissom, Ed White, and Roger Chaffee. But they were afforded no guarantee of a future mission of their own.

All that changed on the evening of January 27, 1967, when Grissom, White, and Chaffee died in a fire that swept through their Apollo 1 capsule during a ground test.

Four months later, as Project Apollo struggled back to its feet, Schirra, Eisele and Cunningham were named to Apollo 7, the first crewed mission to test the spacecraft that would one day take humans to the Moon.

Apollo 7 Puts the Moon Back in America’s Sights

When Apollo 7’s giant Saturn IB rocket lumbered into space at 11:02 A.M. EDT on Oct. 11, 1968, the eyes of a half-million spectators and 600 accredited journalists crowding Cape Kennedy’s beaches and roadways were laser-focused on the fortunes of the three men aboard.

Cunningham’s first view of Earth from space revealed the great downward-pointing arrowhead of Egypt’s Sinai Peninsula filling his window, its tan terrain starkly juxtaposed against the ethereal turquoise of the Red Sea and Gulf of Aqaba.

“Here I was,” Cunningham later mused in his memoir The All-American Boys (Macmillan, 1977), “looking at the globe as it really was.”

But there was little time to philosophize, for the crew’s 11-day mission was chock-full of work: a rendezvous with the Saturn IB’s spent upper stage, eight ‘burns’ of their service modules engine, comprehensive tests of spacecraft systems, and many photographs of Earth’s precious resources.

The crew of Apollo 7 would even go on to win a special Emmy Award for their self-titled ‘Wally, Walt and Donn Shows,’ a series of telecasts “from the lovely Apollo room, high above everything,” Chief astronaut Deke Slayton later wrote in his autobiography Deke! (Macmillan, 1994). Cunningham and his crewmates showed young viewers their spacecraft, how they kept in shape in space, and how they prepared meals while weightless. In one fun moment, Cunningham made a ring with thumb and forefinger, allowing Schirra to throw a pen through it.

Following the successful completion of Apollo 7, Cunningham led the Skylab branch of the astronaut corps. But when it became abundantly clear he would never fly again, he left NASA in June 1971. After departing the space business, Cunningham published his memoir and entered the worlds of technology, finance, and keynote speaking.

"We would like to express our immense pride in the life that he lived, and our deep gratitude for the man that he was — a patriot, an explorer, pilot, astronaut, husband, brother and father,” said the Cunningham family in a statement. “The world has lost another true hero and we will miss him dearly.”