Voyage of the Interstellar Apes: A Q&A With Director Neil Burger

The new sci-fi thriller 'Voyagers' explores the complexities of carrying out a multi-generational interstellar journey. 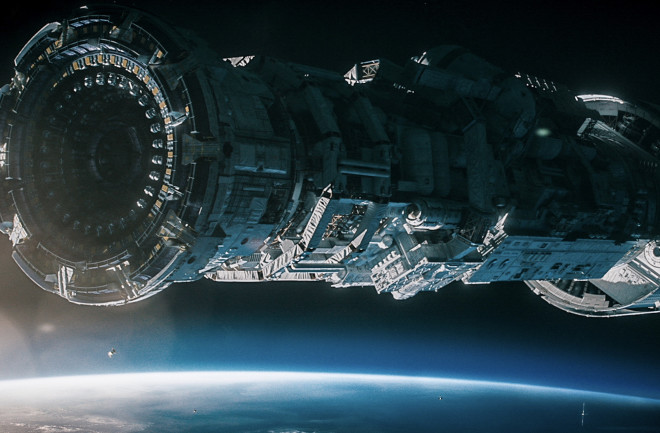 What would it take to send a spaceship to an Earthlike world around another star? The question is commonly framed as a transportation issue. We would have to find ways to travel at a significant fraction of the speed of light in order to reach an alien planetary system in a reasonable amount of time. Even then, the transit time to the next Earth could be centuries or more, which reframes the question in more human terms: What would it take for the crew to survive the trip intact — both healthy and sane?

That second version of the question is what motivates Voyagers, a new science fiction film about a crew of 30 genetically engineered teenagers on a century-long interstellar trip. In a sense, a hundred-year interstellar journey is not that much different from one that lasts a thousand years, or even ten thousand years. Once you have built a ship with a closed-loop life-support system that can sustain 30 people for many decades, there’s no reason in principle why you can’t keep it going. And once you commit to the idea of a multi-generational voyage, it doesn’t increase the challenges much if you add a few more generations to the trip.

At least, the technological challenges don’t change. The biological and psychological ones, head deep into unknown territory. Nobody knows how a closed-loop society would function, with just 30 people to interbreed and interact with each other, cut off from nature and from outside society. Some researchers, such as Frédéric Marin at the University of Strasbourg and Cameron Smith at Portland State University, have studied the genetic issues involved. But there is no meaningful way to test what kinds of culture and political structures could remain intact under such unprecedented conditions.

Director Neil Burger picks at these issues in a variety of ways in Voyagers. Some of the story plays as a fairly routine coming-of-age teen drama set in space. But at its best, the movie uses its extreme premise to dig into deep ideas about what a human being is like when separated from the rest of humanity. I spoke with Burger about the thinking that went into his film. A lightly edited version of our conversation follows.

A lot of the context of Voyagers, like the environmental crisis on Earth that inspired the interstellar mission, is never overtly spelled out. How much behind-the-scenes thinking went into plotting out the universe in which the movie exists?

A lot! It all is sort of built out, starting with the idea that people discovered this other planet that may have life on it and that may be able to sustain human life. I was thinking, How long did it take to come up with a plan [to get there]? People would have debated: Do we send robots or do we send humans? There are certainly schools of thought for each plan. Once they decide on sending humans, how do they decide who's going to go? Who's going to want to go on a one-way journey? They need that a group that can sustain themselves over a couple generations so that there's not interbreeding. Where can they get 30 of the best people?

How did you think through what you need to keep people alive and sane on a multi-generational spaceship?

First off, I knew the ship needs to be built in orbit because it's so big that it can't be lifted off [from the ground]. Then there’s the crew. How old do the kids need to be so they can withstand the g-forces of putting them up in space and then sending them out. We sort of built out a lot of those ideas. But really, the main thing for me is that idea of human nature in a vacuum. What is that kind of confinement like? What does it reveal about who are we at our core? The ship is a Petri dish for us to explore those issues.

The core theme of Voyagers — can humanity come together at a time of crisis, or will they tear each other apart — feels current but also timeless. Did the pandemic influence the plot?

You're right that these are timeless themes. I have been thinking about them for a long time. I actually wrote the script a number of years ago, and then got waylaid on other movies that I was making. I came back to it and shot it in 2019 [before Covid]. I saw the ideas [in Voyagers] as cautionary tales. Like how leaders can use fear to stoke paranoia, and how people react under pressure, in confinement. Then those ideas suddenly became a sort of a commentary on where we are right now in terms of the pandemic — the confinement, and people just bursting at the seams, wanting to wake up and be set free. Also, how fear can be used by our leaders to get what they want, and the mob violence that can come out of it. Suddenly [my old script] felt very much of the moment.

Much of the movie is about human psychology, especially the dangers of solving problems through violence. Did you intend this as a critique of the macho side of our primate instincts?

I think that theme naturally came out of the story. You see this conflict, with two young men going head to head, and you think, "Well, how does this break? How do we find a third way to solve this?" And Sela [the main female protagonist] is a very specific character who's kind of wrestling with her own demons and her own feelings. She’s wondering, “Why are we here? What's the point? Where do we come from, what's my heritage, and where are we going?” Those are fundamental philosophical questions that she's struggling with. But she's able to use her inner turmoil to find a sensitive solution to the conflict.

Do you believe that we could become a multi-planet species? And if so, would that be a good thing? Voyagers takes a decidedly ambiguous perspective…

I think it's way off in the future, and in general, I don't really think it's such a good idea. We need to be more connected to nature than we are. It's where we come from, after all. It's only in the last 100 years or so that we've started to separate ourselves from nature to the point that it can be not part of our world at all, but we're a much older species than that. To become virtual beings [cut off from the Earth], I think that’s untenable. I'm really using this movie to take us away from all our immediate cultural interests and all of our baggage, and to see who we are at our core. To me, it’s an interesting thought experiment. Who are we? Are we good? Are we evil? Are we just animals? Are we just our appetites? Are we predators?

Bottom line: If you could go on grand space journey, would you do it?

I would, yeah. It would be arduous, hard, but it would be mind-blowing and incredible.