Us and Stem - Only The Daily Show Can Help Us Now

What do you say about a President who is prepared to ignore the clear will of Congress, a significant majority of the country, and mountains of scientific data? What do you say when, faced with a complicated issue for which, to most people, there isn't an obvious a priori answer, the leader of the free world relies on ideology to set his agenda, rather than wrestling rationally with the issue on its merits? What do you say when a man who has led thousands of Americans and countless Iraqis to their deaths over a lie, feels it is up to him to preach morals? 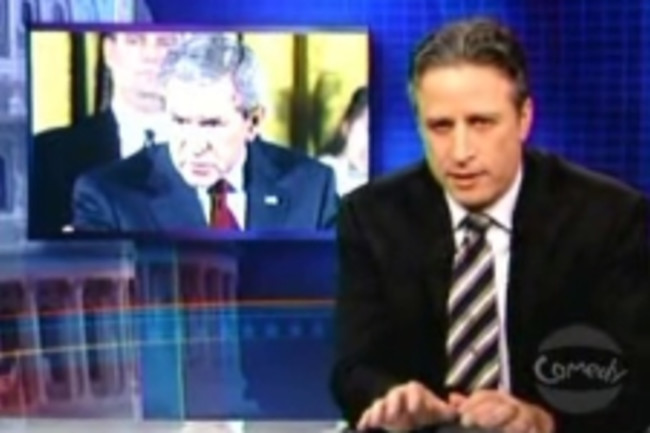 It really makes you want to cry, and I am at a loss for words, except for those that would make for an extremely family-unfriendly post. However, the situation is so unbelievably absurd that it does lend itself to excellent humor. If this path helps you at all, The Daily Show has been having a field day with the stem cell veto. Click on the image and take a look. I hope it provides a little relief.