Top-Secret Experiments in Outerland are Too Secret to Discuss 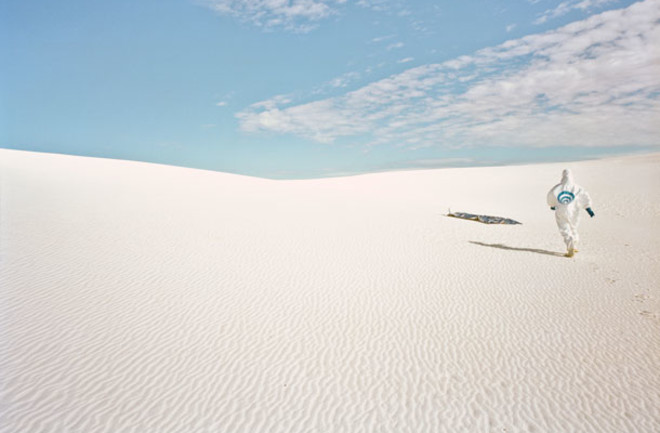 Allison Davies has a spacesuit, and she’s not waiting for a call from NASA for a chance to wear it. In fact, she designed it herself to better haunt her sci-fi vistas. Davies’s photography is an amalgam of self-portrait, landscape, and science spoofing satire. These images suggest Davies has traveled to the far reaches of the solar system, or perhaps to the future, in order to conduct urgent but entirely mysterious experiments. All your reasonable questions—where, what and why?—will remain purposefully unanswered. Davies’s book, “Outerland”, edited by Richard Renaldi, was launched on Earth Day by Charles Lane Press.