Tools of the Trade: The Pendulum That Detects  Extra Dimensions

Why is gravity so pathetically weak compared to other forces? An elaborate version of a very simple device may reveal the answer. 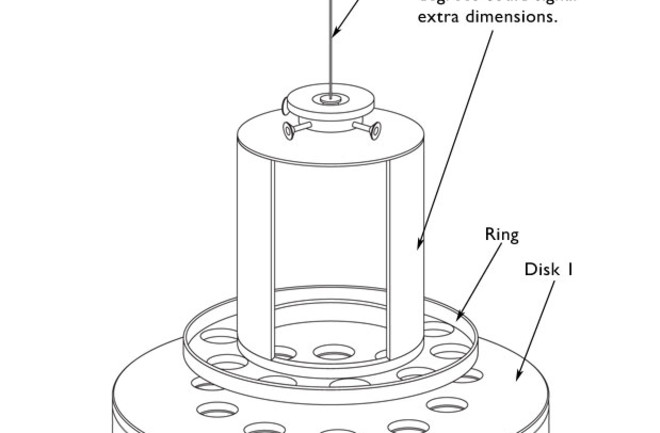 While most of us take gravity for granted, physicists have a big problem with it. Their beef: As forces go, gravity is implausibly feeble. (Try asking a physicist why a kitchen magnet can pick up a paper clip even though the gravitational force of the entire Earth is pulling the clip down.) In 1999 University of Washington physicist Eric Adelberger heard a lecturer offer an intriguing explanation: Perhaps gravity only appears weak, because it operates in additional spatial dimensions beyond length, width, and height. These extra dimensions would be imperceptible in our macro world but might have a detectable influence on gravity at scales of less than the width of a hair.

That may seem like a wild notion, but Adelberger took it seriously. If extra dimensions exist, undiscovered particles and forces could be hiding within them. So he and his colleagues devised a way to test the idea. Their solution was the torsion balance, a tabletop apparatus that can determine whether gravity breaks down at the minute scales where the effects of extra dimensions might become noticeable.

The detector is essentially a pendulum—a molybdenum ring hanging on an ultrathin tungsten fiber—that feels the gravitational tug of two rotating molybdenum disks below. The disks are positioned so that their gravitational tugs on the pendulum should almost exactly offset each other. Any unexpected twisting of the pendulum would indicate a violation of the known laws of gravity—a result that might suggest the gravitational pull of the two disks is being diluted into one or more extra dimensions. So far Adelberger’s group has shown that gravity behaves just as expected to distances of 44 millionths of a meter, meaning that any extra dimensions must be even smaller. Undaunted, Adelberger plans to keep looking for them. “If you like tough challenges,” he says, “this is about as good as it gets.”