By speeding up the pace of thought, could we slow down the passage of time? 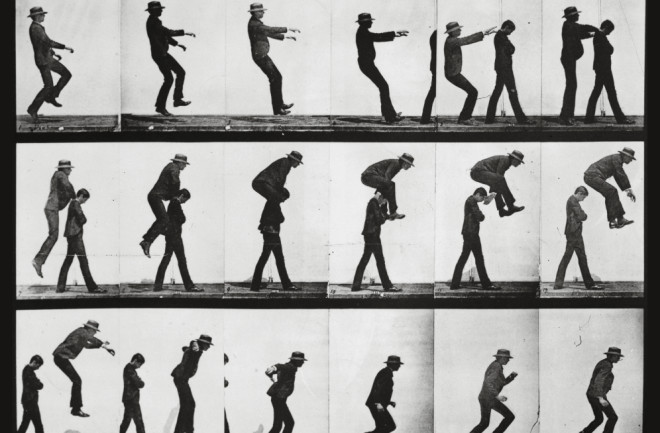 In the future, perhaps all too soon, time will slow down.

Certainly that is not what most of us experience now. Time seems to be speeding up: Our computers run faster, our clocks are more accurate (diminishing the luxury of lateness), and our cell phones make communication immediate and ubiquitous. Yet all these ingenious “laborsaving” devices have only made us labor more. Time, said by poets to resemble a flowing stream, feels increasingly like an igloo: a hard, shrinking exoskeleton that simultaneously shapes our lives as it crushes them.

An entire time-management industry rushes to save us: bestselling books, software packages, and other “productivity solutions” designed to improve the conversion of our time units into dollar units and vice versa, plus tax and shipping. But they’ve got the equation all wrong. Productivity is the amount of work done in a given amount of time: P = W/t.

Traditionally time management has consisted of increasing productivity (P) by increasing the work (W)—squeezing more out in the same lump of time. By this math, time (t) never decreases. That’s not time management, that’s work management. There is a better way: What if we could increase productivity by leaving W alone and making t smaller? What if we could slow down time, make each moment seem to last longer so more work could be extracted from it? That future is inside us.

Neurobiologists are slowly coming to realize that “real time” is just a convention foisted upon us by our brains. In any given millisecond, all manner of information —sight, sound, touch—pours into our brains at different speeds and is reprocessed as hearing, speech, and action. Our perception of time can be manipulated in ways that researchers have already begun to exploit.

To understand how fundamentally your brain bends time, try this trick: Tap your finger on the table once. Because light outraces sound, the audio tap should register a few milliseconds after the sight of it; yet your brain synchronizes the two to make them seem simultaneous. A similar process occurs when you see someone speak to you from several feet away—thankfully so, or our days would unravel like a badly dubbed movie. Your mind is messing with the time, editing out the parts that distract you. Woody Allen once said, “Time is nature’s way of keeping everything from happening at once.” He was right.

“The brain lives just a little bit in the past,” says David Eagleman, a neurobiologist at Baylor College of Medicine. “The brain collects a lot of information, waits, and then stitches a story together. ‘Now’ actually happened a little while ago.”

Or rather, our brains live in the now, and we live in the future, without even knowing it. What we call causal reality is like one of those live television shows with a built-in time delay for the censors.

To be intelligible, though, even the crummiest TV show requires an editor with keen timing. The same goes for our brains. Some medical disabilities are now thought to be the result of faulty timing mechanisms. Certain brain lesions, like those in Parkinson’s sufferers, are known to disrupt timing patterns essential to clear speech. Many neuroscientists suspect that dyslexia and aphasia are not language disorders but timing problems.

“Time is one of the many, many illusions that the brain bestows upon us,” says Dean Buonomano, a neuroscientist at UCLA. How it does that is not yet clear, he says. Researchers long believed the brain was ruled by a single clock that kept all its disparate activities in sync, like a pacemaker that sends out a regular pulse—a sort of cerebral Greenwich mean time. But scientists are learning that there is no central clock. Instead, the brain contains lots of little clocks all running at independent rates yet linked by a network.

At this point the future begins to take shape. If scientists gained a better understanding of how neural timing works, we could employ that timing to better use. In the productivity equation, we could effectively make t smaller by making the same amount of time last longer.

Not long ago, Eagleman became intrigued by the stories one hears of people who experience time slowing—during a car crash, say. (Eagleman himself entered slo-mo briefly as a child, when he fell off a roof.) He wondered: What’s really going on? Does the experience gain added vividness only afterward, as it’s being recalled? Or does a person’s perception of time truly slow down enough to absorb extra information?

Eagleman designed a test. He built a small LED screen that flashed a series of numbers too quickly to comprehend. He attached the screen to his subjects’ wrists, clipped a bungee cord to their legs, and had them jump backward, one by one, off a 150-foot tower—a fairly terrifying experience for the uninitiated. His 23 jumpers were not able to report the numbers that f lashed on the screen with any greater accuracy than if they were simply guessing. The observation led him to an interesting idea: People believe scary events take a long time because as the event transpires, memories are laid down more densely, creating the impression afterward that more time had passed. “It just feels like the event took longer,” Eagleman says.

If death-defying leaps cannot speed the mind, it’s hard to imagine what else might work. So far, “smart” drugs, which go in and out of fashion every few years, are largely worthless. Yet a number of researchers are already exploring the possibilities of a real pharmacological solution.

Warren Meck, a neuroscientist at Duke University, says that something like personalized time can already be achieved with drugs like cocaine and amphetamines. These provide the, uh, patient with a powerful experience of speeded-up time. Of course, they are addictive, not to mention illegal. The question, Meck says, is whether it’s possible to administer a drug that speeds up time without making the experience euphoric.

The Future of Time

It sounds like a koan: Can we successfully satisfy our urge to control time without knowing if we’ve succeeded? The basic issue is anatomical. The brain perceives and shapes the pace of time; it also makes decisions about how best to use that time, a process an economist might call optimization, except in the currency of time. Are those two functions structurally distinct? Does the brain keep time with one set of neurons but spend it (and reward us for doing so) with another? Meck asks: “Can you separate a fast clock from a pleasurable feeling? Maybe in a computer, but maybe not in a biological system.”

Meck believes there are two separate brain areas for those functions, though most likely not separable. Drugs taken orally, he says, cannot target brain regions with the specificity that a CEO might wish. Buonomano is even more skeptical. One shouldn’t equate time perception with processing speed, he says.

“With cocaine, your perception of time is more acute, but that doesn’t necessarily mean you’re getting more done. You can make decisions faster. But are they the best decisions?” The choices one faces in an adrenaline rush are fairly binary: Run from the bear or freeze. In contrast, the choices one makes in an office often require discriminating thought: Paper clip or staple? Jelly doughnut or chocolate glazed? “You’re sacrificing the optimal decision for speed,” Buonomano says. “If you think about it, most things are a tradeoff between time and quality. You can write your article faster, but will it be better?”

For anyone keen to bring on the future of customized time sooner, Meck suggests an alternative. A few years ago His Holiness the Dalai Lama spoke before the Society for Neuroscience, encouraging researchers to study the brains of meditating monks. Different states of meditation are thought to alter time perception, Meck says; drugs are “the lazy way to achieve the same effects.”

Well, maybe. A future office worker is willing to consider that he might create more time for himself, maybe even get more done, through a regimen of mental calisthenics. However, a future office manager can’t help but notice that a monk in deep meditation looks distinctly . . . unproductive.