This Weird Spider-Bot Could Soon Crawl on the Moon

The United Kingdom is sending this small, four-legged robot to the moon in 2021. 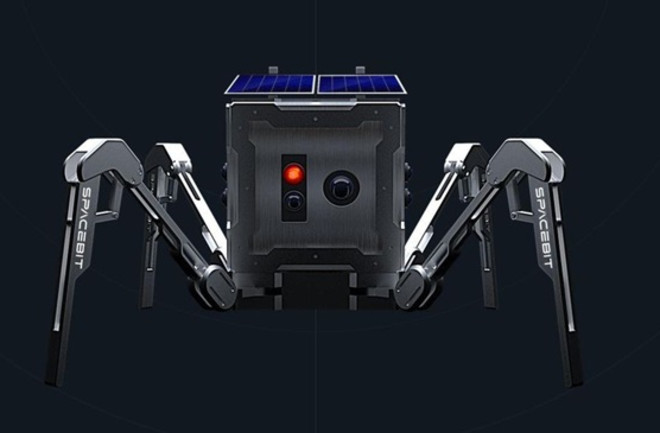 The tiny rover only weighs a little over two pounds. (Credit: Spacebit)

The United Kingdom is sending a small, four-legged robot to the moon in 2021. The tiny rover, which looks like a cross between a spider and a children’s toy, will be the first moon rover for the U.K. It will also be the first rover with legs to walk on the moon.

Created by the private U.K.-based company, Spacebit, the tiny rover will fly on a United Launch Alliance Vulcan rocket, and be launched from Cape Canaveral in Florida. The rover will hitch a ride inside the Peregrine lander, created by U.S. company, Astrobotic. The lander will bring the small robot to our orbiting neighbor before releasing it off for its 10-day mission.

The tiny rover can jump and only weights a little over two pounds. While on the Moon, the rover will travel 33 feet from the lander, sending back full HD videos.

This could be the beginning for Spacebit and the tiny spider-like rover. If the mission goes as planned, more small rovers could be sent to the moon to explore lava tubes, which scientists think may be a suitable environment for humans to live in one day.

If the rover can successfully reach the moon, it’ll mark the U.K. as the fourth country to land a rover on our satellite, behind the United States, Russia, and China. With Peregrine as well, it will also be the first soft lander from the U.S. to reach the Moon since the Apollo era.