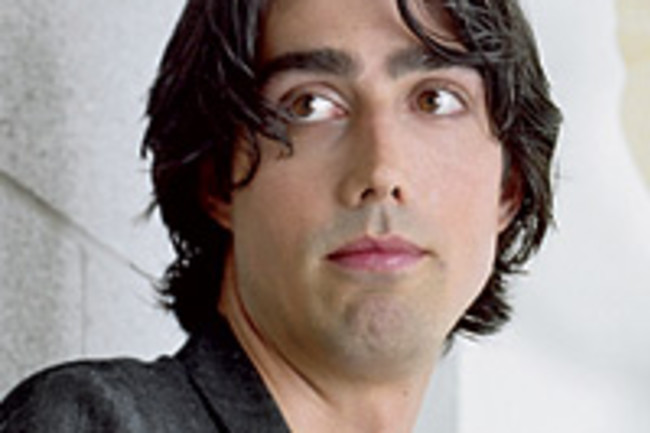 Many of us appreciate that pernicious stereotypes about geeky physicists color the public's perception of our field. But who among us is willing to take the necessary steps to shatter those stereotypes and show physicists for the dapper, charismatic heart-throbs they really are? Fermilab theorist (and longtime CV reader) Mark Jackson, that's who. As reported in symmetry's blog, Mark has been chosen one of Chicago Magazine's 20 Most Eligible Singles. Now, we know Mark, and can assure you that he is the shy, dedicated sort, who would vastly prefer to be alone in his office looking for cosmic superstrings than to have his ruggedly handsome face splashed across a magazine page to be gawked at by wistful single women throughout the Midwest. But, he also understands the importance of public outreach, and is willing to do what it takes to advance the cause. At the magazine party to celebrate the feature, we have a reliable report that at least one woman threw her panties onto the stage as Mark was called up. As we say, whatever it takes.