It doesn’t actually exist, but plenty of drugs are purported to ferret out the facts. These methods, sometimes used in law enforcement, raise scientific and ethical questions. 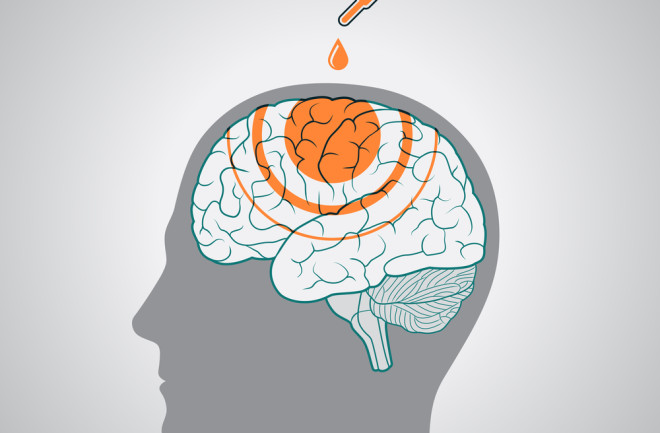 The ability to separate truths from falsehoods has long evaded humanity: We’re prone to lying when it behooves us, and we do a poor job of recognizing when we’re the ones being lied to. Even police officers and other specialists trained in the detection of deceit fall short about as often as the average person.

One sought-after solution is the fabled “truth serum,” a generic term for any drug that renders its recipient incapable of telling a lie. Currently, no such drug exists — that is, none that consistently and predictably induce truth-telling. Nevertheless, this power has been attributed to a host of concoctions in the past century. These claims have fueled debate over their ethics and legality, as well as the mechanisms behind memory itself.

The Origins of Truth Serum

People have extracted information from one other via psychoactive substances since at least the Roman era. The first technique probably relied on plain old alcohol. People have reaffirmed the accuracy of the Latin phrase “in vino veritas” — in wine, there is truth — over the centuries by many a drunken slip of the tongue. The modern fascination with truth serums, however, began in the early 20th century.

At the time, a drug called scopolamine was widely used as an anaesthetic for childbirth. It lulled women into a “twilight sleep” for the duration of labor, and was said to erase any memories of the pain. During one such birth in 1916, a Texas obstetrician named Robert House asked the husband for a scale to weigh the newborn. He couldn’t find it. Then the wife, still fully anaesthetized, gave precise directions to its location. House was astonished. After more experiments, he became convinced the drug could, ironically, achieve the exact opposite of its intended purpose: retrieval of memories.

The advent of scopolamine as a truth serum came, according to science historian Alison Winter, “in a period characterized by discussions of how to combat corruption, crime, and dishonesty in society by developing new scientific techniques and technologies.” Psychologists were wary of House’s claims from the start, but some forensic investigators embraced the discovery. In the decades that followed, the list of alleged truth serums grew. Some of the most notable additions included the barbiturates sodium pentothal and sodium amytal.

The drugs used to force confession fall into different classes, but they all suppress the central nervous system and place users in a relaxed and, at high doses, hypnotic state. The basic premise is that truthfulness is easier than falsehood — lies require the mental effort of invention and concentration. So, if your powers of intellect are weakened, you’re more likely to follow the path of least resistance and come clean. Put another way, in one of the many quotes dubiously attributed to Mark Twain, “If you tell the truth, you don’t have to remember anything.”

In the early years of truth serum use, this reasoning prevailed in law enforcement. For decades, police administered the drugs freely (though judges ubiquitously rejected the drugged testimony as invalid). Some agencies even searched for new ones, culminating in the infamous MK-Ultra experiment, during which the FBI secretively studied the brainwashing effects of LSD on human subjects throughout the 1950s and 60s. Some recipients weren't even aware they were being drugged.

Still, researchers have often reiterated why it’s impossible to be sure that someone is telling the truth. A person under the influence may dredge up genuine facts, but their words could just as easily be works of imagination. Plus, in their impressionable state they're susceptible to manipulation (intentional or not) by the questioner. The dilemma, as Winter framed it: “Did they access memories, fantasies, or suggestions … or some combination of the three?”

The question is unanswerable, leading many to conclude that any statement prompted by truth serum must be deemed illegitimate. “The intravenous injection of a drug by a physician in a hospital may appear more scientific than the drinking of large amounts of bourbon in a tavern,” psychiatrist John MacDonald wrote in 1956, “but the end result displayed in the subject's speech may be no more reliable.”

No law prohibits the use of truth serum, assuming the subject consents. But in a 1963 case the Supreme Court ruled that the resulting confessions are coerced and therefore unconstitutional. It's unlikely that evidence obtained in this manner could ever be permissible in court, outside of limited exceptions: In 2012, a Colorado judge allowed the alleged Aurora cinema gunman to undergo a “narcoanalytic interview,” not to determine his guilt but his plea of insanity. Even that was highly controversial.

Along with the nation’s highest court, legal scholars generally agree that truth serum violates the Fifth Amendment, which states that a person can’t be compelled to testify against themselves. The right to remain silent seems incompatible with pharmaceuticals that prevent you from keeping your mouth shut. Some go so far as to label them a form of torture.

That said, they may be acceptable strictly as a means of gathering information, and under other narrow circumstances. “At the very least,” lawyer Jason Odeshoo wrote in the Stanford Law Review in 2004, “the question is much closer than critics generally assume.” In this paper, which was published with the post-9/11 legal climate in mind, he suggested that the shadow of terrorism could inspire a shift in attitude.

And although the Geneva Convention outlaws the use of drugs for interrogating prisoners of war, it’s unclear whether terrorists qualify as such. Soon after the Al-Qaeda attacks, the Bush administration designated them “unlawful combatants” who were undeserving of POW status and its protections. Some countries have fewer qualms with these techniques, even in ordinary criminal cases, as demonstrated by several high-profile trials from India.

But again, even where the legal and ethical standing of truth serum is not in question, its credibility is. Nearly a century of scientific literature has confirmed that no known chemical compound can, without the slightest doubt, coax a tongue to truth. MacDonald’s words, on the other hand, remain as true today as in his own time: “The reputation enjoyed by truth serum is based on spectacular newspaper reports rather than on carefully documented case reports in professional medical or legal journals.”