Scientists say that the growth rate of ancient arthropods resembles that of today’s small, slow-growing crustaceans. 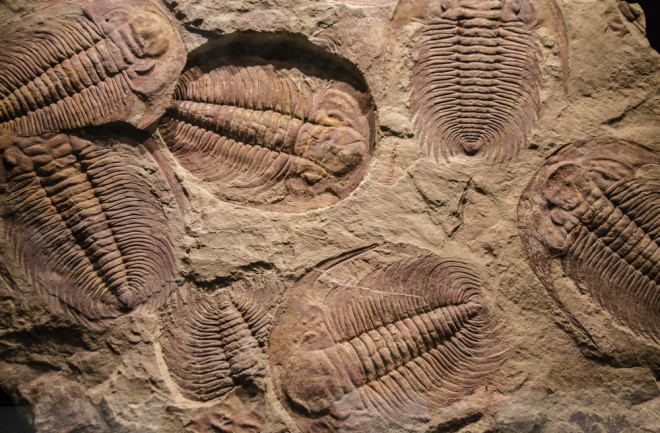 Trilobites — the ancient arthropods that swam through the seas and skittered across the sea floors around 520 to 250 million years ago — seem to testify to the foreignness of the past. Yet, recent research in Paleobiology now reveals that these strange animals actually lived their lives at a familiar pace, growing in size at a super-slow rate like modern marine crustaceans.

An animal’s size shapes the way that it lives and interacts with the world, impacting its lifespan, its locomotion and its adaptability to its surroundings. As such, biologists believe that studying the size of fossilized creatures could clarify important questions about the lives and the evolution of early animals. That said, studying the growth of ancient species is tricky, since biologists cannot observe the process directly.

Despite this difficulty, a pair of researchers has recently found that the 450-million-year-old trilobite species, Triarthrus eatoni, took 10 years to grow to a length of approximately four centimeters, a growth rate and age that resembles several species of modern marine crustacean.

"T. eatoni lived in low-oxygen environments and, similarly to extant crustaceans exposed to hypoxic [low oxygen] conditions, exhibited low growth rates," says Daniel Pauly, a study author and a biologist at the University of British Columbia, in a press release. "Low-oxygen environments make [it] more difficult for water-breathers to grow and add to the difficulties of breathing through gills, which, as 2D surfaces, cannot keep up with the growth of their 3D bodies. Thus, under hypoxic conditions, they must remain small if they are to maintain the rest of their body functions."

These findings suggest that the ancient world was not so different than the world today, at least in terms of the slow maturation of small marine creatures. The findings also represent a significant step forward for the investigation of the lives of trilobites and other fossil species.

"These findings provide the first reasonable estimates of absolute growth in early animals using methods known to accurately characterize growth in comparable living species," says James Holmes, another study author and a paleobiologist at Uppsala University, in a press release. "They show us that nearly half-a-billion years ago, growth in marine arthropods like trilobites was similar to modern examples like crustaceans living in today’s oceans."

The researchers then compared their estimates of the growth of T. eatoni with corresponding information on the growth of modern crustaceans. The comparisons revealed relatively similar rates of growth.

"These consistencies," the researchers conclude in their paper, "are encouraging and suggest that the methods proposed here could be profitably applied to other species."