The Physicist Who Figured Out Ballet

There's more behind the arabesque, grand jeté, and fouetté than just practice and really strong toes. 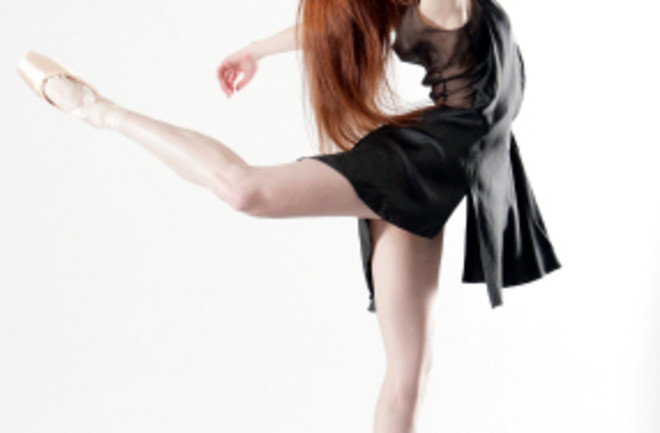 Before trying a grand jeté en tournant, there are a couple of things you should know. First, forget about starting your turn in midair, as some ballet teachers might instruct you. To turn your body you must apply a torque, or twisting force, to it, and once you are in the air you have nothing to apply a torque with. If, on the other hand, you begin twisting from the ground up, clasping your legs together at the apex of your leap while raising your arms above your head, you will do a rapid 180-degree turn, which is the object of the exercise. “That’s physics,” says Ken Laws.

Laws is a professor emeritus of physics at Dickinson College in Carlisle, Pennsylvania. He also has a very serious case of balletomania. Thirty-two years ago, when Laws’s daughter, Virginia, was 5-and-a-half, she expressed an interest—not so unusual in a little girl—in learning ballet. Her 7-year-old brother, Kevin, announced that he wanted to learn too. Whereupon Laws, then age 40 and perhaps due for a pirouette, decided not to be left out. He signed up with his kids for a class at the Central Pennsylvania Youth Ballet. “The next-tallest person in the room was as high as my waist,” he recalls. Kevin dropped out after a year and a half, and Virginia stuck with it for seven, but Laws was hooked. “It turned my life upside down,” he says.

Laws continued for another three decades, sometimes practicing as many as 15 hours a week, until back problems forced him to stop. Along the way he took some 5,000 classes and participated in the Central Pennsylvania Youth Ballet’s annual performance of The Nutcracker for 26 straight years—for 20 of them gamely playing Mother Ginger. Early on, frustrated with instructions from his teachers that he considered impressionistic, Laws started applying his knowledge of physics to jetés, fouettés, and other balletic motion. He wrote three books on the subject, one with an eminent ballerina from the American Ballet Theater (ABT), Cynthia Harvey. Eventually he became a ballet teacher himself.

On a typical Tuesday evening he would face a crowd of teenagers from the Youth Ballet—the boys all suave in black leotards and white T-shirts; the girls infectiously pert, their hair in tight chignons; Laws in street clothes and ballet slippers. He taught the kids partnering—the pas de deux—and would try to slip in a little physics in the process. Physics can help a dancer understand, he would explain, why bringing the legs together will let her complete a grand jeté en tournant. Or why, when she is standing on tiptoe on one leg in an arabesque—bent at the waist, with her other leg extended horizontally behind her —and her partner gives her a twist, she will do a rapid “pencil” turn if she straightens up and pulls her leg in.

“We’re using a physical principle there,” Laws would tell the class. “What’s the principle?”

“Toooohhhrque!” one of the students would inevitably shout, sarcasm dripping from the o. Laws was clearly not among science geeks here.

Torque, Laws would explain good-naturedly, was not the point in this case. Sure, a boy who twists his partner’s hips is applying a torque, but after that she’s on her own, and her angular momentum stays about the same (although the friction of toe on floor will slowly wind her down). Her angular momentum is her rate of spin multiplied by her moment of inertia, which depends on how her mass is distributed around her spin axis. If her momentum remains the same but she reduces her inertia by pulling in her leg, she must spin faster. That’s physics.

Conservation of angular momentum is perhaps the most important physical principle in ballet, but there’s more to ballet than rotation. Another classic move is the grand jeté, a gazellelike leap. Harvey, who retired from the ABT in 1997, was known for those jumps; she had a great “hang time,” although neither she nor any other jumper ever really hangs, Laws notes. Once the dancer leaves the floor, she is like a ballistic missile: Her center of gravity follows a fixed parabola. She can’t change that, but she can move parts of her body. By scissoring her legs open as she nears the top of the arc and then closing them again as she descends, she makes them take up most of her center of gravity’s vertical motion. For that instant, her head and torso can actually move horizontally. Spectators focus on those parts and think the whole dancer is floating.

The fouetté turn, a full understanding of which struck Laws like a whip late one night, creates a different illusion: perpetual motion. It is a seemingly endless series of pirouettes on one pointed foot—32 in a row, in one passage of Swan Lake—each punctuated by a tiny pause in which the dancer spreads her arms and faces the audience. All the while, her other leg keeps whipping through the air nonstop.

What that leg is doing, Laws realized, is storing momentum. During each pause the dancer regains momentum by coming down off point and pushing again with her whole supporting foot. But by keeping the other leg in rotation, she saves some momentum from one turn to the next. To store momentum in the leg she kicks it straight out, far from her spin axis, as she faces the audience; to transfer momentum back to her body she tucks the leg back in as she faces away. The whole thing is fluid and physically sensible, beautiful and economical. When Laws understood this, he jumped out of bed and started fouetté-ing around the room.

The Philadelphia Inquirer once ran a story about him under the headline “He Wants to Reduce Ballet to a Science.” Laws wanted to crawl into a hole. That’s not it at all, he says. It wasn’t his analytic interest that hooked him on ballet; it was working as a curtain-puller at the Youth Ballet and watching pas de deux from the wings. “It was overwhelming,” he says. “I would stand back there with tears streaming down my face.” In another life Laws might have become a professional dancer himself. “He’s quite expert, you know,” Harvey says. “He just started too late.”

Physics is what Laws brings to the art he loves, and lately ballet dancers are starting to see the value of a scientific perspective. “More and more, they’re recognizing the physical principles that contribute to their ability, and that pleases me,” he says.

That dialogue between science and ballet can produce concrete results. A few years back, Law was teaching the grand jeté en tournant when it occurred to him to ask whether any of the students had ever done a full turn in the air instead of the standard half-turn. None of them had. But one especially coordinated little powerhouse said she’d like to try.

Laws discussed the conservation of angular momentum with her, and how in order to execute the full turn she would have to bring her legs together in line with her torso at the top of her leap, just like for the half-turn—but then hold them there. “So the first time she tried it,” he says, “she went up in the air, brought her legs and arms along the axis of rotation—and did one and a half turns. I’ve never seen a more astonished look on a dancer’s face.”

It must have felt like magic. But that’s physics.