Of the 5,000 artifacts found in King Tut’s tomb, the 3,300-year-old mask is one of the most famous ancient artifacts. But did it even belong to King Tut himself? 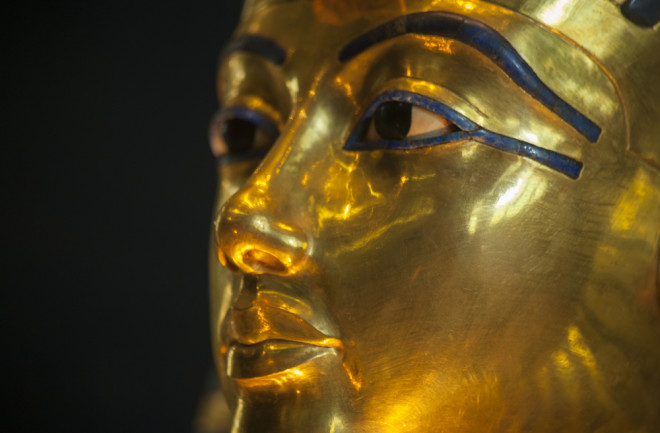 This article was originally published on September 15, 2022.

In 1922, a British archaeologist stood in the Valley of the Kings in the cliffs behind Luxor, Egypt. In the previous decades, more than 60 ancient tombs had been investigated and exhumed. Many Egyptologists believed all the tombs had been identified and there was nothing left to unearth. The archaeologist, Howard Carter, sensed otherwise.

Carter was right, and he soon identified a single stair leading down to a tomb entrance. After years of excavation, his team reached the inner chambers and found a mummified pharaoh. At the time, scholars didn’t know much about King Tutankhamun (King Tut), the boy king who ruled for about a decade.

King Tut wasn’t a pharaoh that many historians considered important. But his death chambers included more than 5,000 artifacts including a stunning funerary mask. In the past century, King Tut’s death mask and other artifacts have made him one of the most famous ancient pharaohs in modern history.

The ancient Egyptians believed in sending a deceased person to the afterlife with items they would need such as food, wine, furniture, clothing, jewelry and household goods. King Tut’s tomb was packed with such presents, and these items remained untouched for 3,300 years until Carter’s team began opening and unpacking the vaults.

After the first step was found, Carter’s team dug out the steep staircase that lead to an opening below. The tomb was structured so that a person first entered a long and narrow corridor that measured about 25 feet by 5 feet. There was also an antechamber that was about the same length but a little bit wider, and then a room the team referred to as “the annex.” The burial chamber was another long room, about 21 feet by 13 feet wide.

The tomb was considered small in comparison to the others in the Valley of the Kings. Yet, it took Carter’s team several years to work through the many rooms. There were more than 5,000 artifacts that had to be carefully removed and tagged, and many of these items had been piled on top of each other before the tomb was sealed for thousands of years.

The pharaoh’s mummy was encased in a series of burial equipment, which were various coffins placed inside of each other, like nesting dolls. Some of the equipment was intended for a predecessor named Neferneferuaten, who likely was a daughter of Akhenaten.

When all the coffins had been removed, Carter saw the mummy wore an elaborate death mask. It weighed around 24 pounds of solid gold and depicted a pharaoh wearing a striped headdress. He had a lengthy beard, and on his forehead were two sizable animals — a cobra and a vulture, which symbolized his rule of all of Egypt.

The striped mask became iconic and synonymous with Ancient Egypt. But in 2015, a scholar found new evidence that suggested the famed funerary mask was never even intended for King Tut.

The artifacts from King Tut’s tomb have been carefully preserved at a museum in Cairo, although they have been allowed to go on world tours a few times. In 2015, the mask was positioned and lit so that researchers could photograph and more closely examine it.

Read more:The 6 Most Iconic Ancient Artifacts That Continue to Captivate

Researchers noticed something new at the different angle — another name had been on the funerary mask and then removed. An analysis of the traces of the hieroglyphics left behind suggested the name Nefertiti had originally been on the mask.

Nefertiti had been the pharaoh’s mother, and when he died unexpectedly, they may have substituted her mask and gave it to the boy king. Scholars believe that King Tut’s regents were trying to quickly consolidate power after his death, and completing the burial was a key step in that process.

King Tut might have been quickly forgotten in the years after his burial, but the discovery of his tomb and the distinct imagery of his funerary mask have made him unforgettable.

King Tut was the last of his family to rule during the 18th Dynasty. He ruled for about a decade, sometime around 1333 to 1323 B.C., and he came to the throne as a boy, perhaps around eight or nine years old.

One of King Tut’s predecessors was his father, King Akhenaten who upset Egyptians by trying to force them to stop worshiping multiple Gods and become monotheistic. It didn’t go well, and the years of his father’s reign were not a peaceful time.

Read more: Why Are We So Obsessed with King Tut?

King Tut had regents who ruled on his behalf until he died suddenly before the age of 20. Experts don’t agree how he died. For many years, they suspected he was the victim of violence. Others hypothesized that King Tut fell from a chariot and then succumbed to his injuries.

In 2010, DNA testing confirmed King Tut’s parents were siblings, and scans of his mummy indicated he had several deformities including a cleft palate and a clubbed foot. He may have had acute health issues that lead to his death.

However he died, it appeared to be unexpected and his loyal subjects rushed to bury him. Scholars now believe that his tomb and funerary masks were not intended for him and his sudden death meant they had to make adjustments to set the boy king up for the afterlife.