The Fungus that Reduced Humanity to The Last of Us 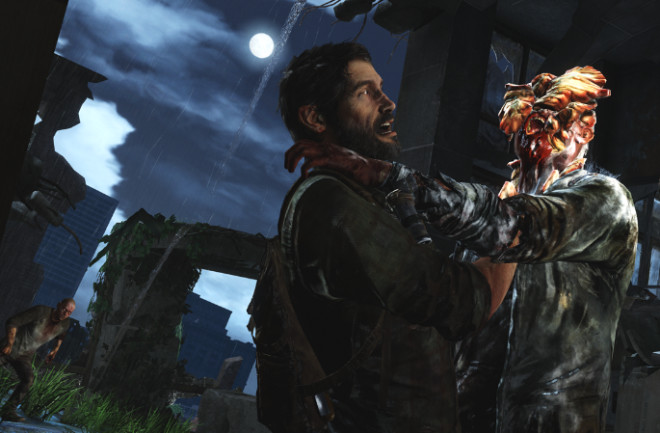 Pop culture is again in the quickly decaying grasp of a shambling horde. For how many times zombies have appeared, they rarely have a real scientific reason to. Sometimes it’s a supernatural cause as in Dawn of the Dead. Other times it’s a generic "zombie virus" as in The Walking Dead. In all the attempts to make the dead live again, science usually takes a back seat to the gore—at least until the latest popular iteration of zombies. The Last of Us—a new videogame touted as a masterpiece—has the most scientific explanation for zombies yet, because it uses zombies that actually exist. Mind Control and Fungus Art In The Last of Us, 60 percent of humanity is wiped out by the genus of parasitic fungus Cordyceps. Out of the 400 species in the genus, all of these parasites make their homes inside the bodies of others---mostly in insects but some even in other fungi. Not all of these parasites are the evil zombie-makers you might think. A few species of Cordyceps have medicinal value. One of these fungi, Cordyceps subsessilis, has been used to derive immunosuppressive drugs used in organ transplants. But some species of Cordyceps are indeed body snatchers—they have been making real zombies for millions of years.

The most cited infestor, Ophiocordyceps unilateralis (previsouly Cordyceps unilateralis), has captured public interest almost as much as zombies have. The fungus famously uses a specific species of ant to complete its life cycle. To live, it must zombify an ant. The consuming fungus forces an ant of the species Camponotus leonardi to get a “death grip” on the underside of a leaf---a position prime for the fungus’ transmission. The poor infected insect—once adorned with a harmless looking spore—then has its tissue slowly eaten and replaced. All that remains of the ant at this point is the exoskeleton, a husk. A deceased ant if there ever was one, save for the spiraling fruiting bodies of the fungus now protruding from the ant’s head and body. These bodies burst forth from the ant, eventually releasing spores ready to begin the cycle anew. (And if you write about Cordyceps, you simply have to include this BBC video showing a time-lapsed infection.) Other species of Cordyceps are just as transforming, even if they don’t turn the host into a faithful undead servant. Cordyceps ignota infects tarantulas. Its spores burrow into the spider, extending a legion of wispy fingers—collectively known as mycelium—throughout the body. The fingers are how the fungus grows, and how the spider dies. Once the tarantula’s insides are replaced with the fungus, fruiting bodies again burst forth to create art that could only come from such a bizarre demise.

Real Live Zombies In The Last of Us, Cordyceps adds humans to the list of hosts. The apocalypse starts when the fungus makes a jump from their typical hosts to humans in presumably the same way some diseases like "swine flu" can jump between species. The new, unidentified species of Cordyceps turns humans first into violent “infected” and then into blind “clickers,” complete with fruiting bodies sprouting from their faces. Like traditional zombie canon, a zombie bite is death. However, the inhalation of Cordyceps spores is the un-death sentence. The game draws even more inspiration from science than just the name of the fungus. Once a “clicker” completes its cycle, the fungus forces the human into a dark and secluded corner. It is where the human finally dies. Bleeding back into the environment, spores effuse from the corpse to infect again.

Without an actual species to pin the apocalypse on, The Last of Us uses a clever combination of Cordyceps attributes. Like the ant-infector, the fungus that brings down humanity turns a host into a drone to eventually do its bidding. And like the species of Cordyceps that turns tarantulas into art, the fictional fungus creates elaborate sprouting bodies off the host. The mix of art design and plausibility gives the choice to model an apocalypse on Cordyceps both scientific rigor and beauty. I doubt the zombie apocalypse will ever actually happen

even it were scientifically plausible. Despite my skepticism, plausibility obviously has nothing to do with why zombies are so popular. They are a fascinating metaphor for our own fear of both death and predators (and who doesn’t like gore-porn?). Scientific plausibility is just icing on the cake. So besides being a brilliant game, The Last of Us is doing science communication. How many people are now searching for more information on parasitic fungi? Science doesn't always destroy the horde; it can be another way to burrow deeper under the skin of our favorite fiction. Bring on the zombies, bring on the science. -- More Zombies!

Image Credits: The Last of Us Screenshot (top) and artwork (bottom):

The Last of Us™/©2013 Sony Computer Entertainment America LLC. Created and developed by Naughty Dog, Inc

Ant infected with a cordyceps fungus

by Ian Suzuki, taken in the cloud forest of Ecuador at the Santa Lucia Cloud Forest Reserve.