Comet 2I/Borisov has a lot in common with comets from our own solar system. That could be a sign the alien comet will burn up on its closest approach to the sun. 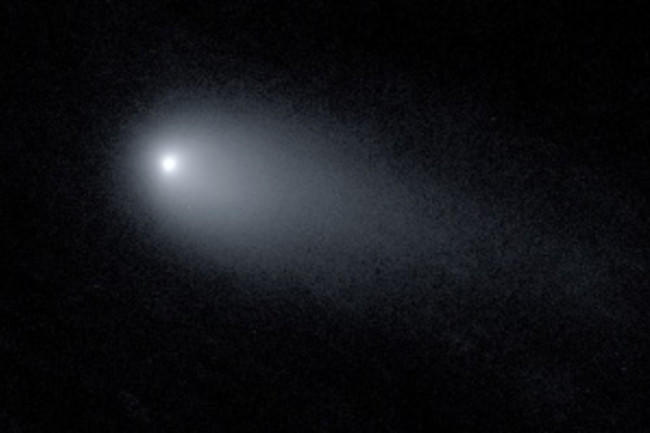 In September, astronomers announced the discovery of the first interstellar comet known to have visited our solar system. Named 2I/Borisov after its Ukrainian discoverer, the comet has an extremely extended orbit — a telltale sign that its origin is from outside our solar system, beyond the sun's influence.

In the months since, astronomers have been measuring the comet’s every move as it heads toward perihelion — the point in its orbit closest to the sun. It should make that approach in early December. By studying Borisov’s movement, brightness and chemical makeup, scientists have found it’s not that different from comets in our own solar system. And that may also mean it could make a dramatic spectacle as it nears the sun.

Here’s a recap of what astronomers have discovered to date, and what to look out for in the coming weeks. 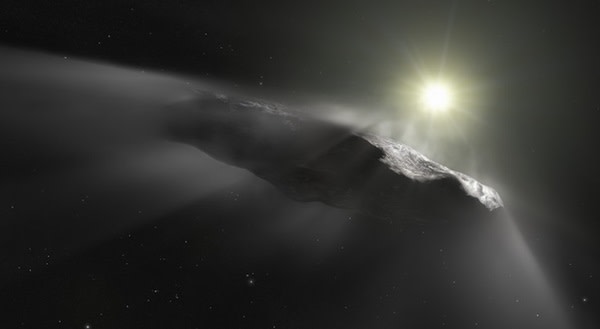 The interstellar space rock was first discovered at a distance of 3 astronomical units, or AUs — with 1 AU being the average distance between the sun and Earth. Despite being relatively bright, Borisov wasn’t spotted earlier because of its proximity to the sun in our line of sight.

But recently, a group of astronomers took a look back through older data and found the alien comet in images from last December, where it had been overlooked. Back then, it was nearly three times as far away as it is now.

“By chasing this comet back as far as possible, we can have a better understanding of its inbound trajectory,” said Quanzhi Ye, astronomer at the University of Maryland who led the new study, currently available as a preprint on arXiv. “That will help us to identify its source system.”

Watching Borisov as it approaches the sun also helps astronomers understand its composition. As a comet is heated, it releases gasses, which can increase its brightness. Different gasses are released at different temperatures, so by watching for changes in brightness at various distances from the sun, astronomers can get a rough idea of what the interstellar traveler is made of.

By also looking at the individual wavelengths of light from the comet — its spectrum — the scientists can figure out more precisely which and how much of the compounds the space rock is releasing.

Recently, scientists reported evidence of water vapor, adding to the list that includes cyanide, hydroxide, diatomic carbon and atomic oxygen. These chemical fingerprints are useful when comparing Borisov to comets from within the solar system.

“We like to think of comets as the primitive leftovers of planet formation. When we study our own comets, we're trying to understand the physics and chemistry that was occurring early in the formation of the solar system,” said Adam McKay, astronomer at NASA’s Goddard Space Flight Center, and author of an arXiv preprint on the detection of water on comet Borisov.

“Hopefully with interstellar comets, we can understand if those are the same processes that are occurring early in the formation of other planetary systems,” says McKay.

So far, Borisov, traveling through our solar system at 110,000 mph, looks a lot like other long-period comets — those that take at least 200 years to orbit the sun.

Initial studies found the alien comet has very similar red coloring to other known comets. Its size isn’t yet well understood, but scientists suspect the nucleus — the comet’s solid core — is less than 4 miles across, with some estimates putting it closer to 1.

These characteristics indicate that Borisov might end its solar voyage with a grand finale, since long-period comets sometimes disintegrate as they approach the sun due to the intense heat. Such a fate could befall our interstellar visitor, but it may also fly by unharmed.

“There's a quote about comets: Comets are like cats, they just do whatever they want to do,” Ye says.

“Some comets have massive outbursts at tens of AUs from the sun. And some comets just behave completely normally. So it's beyond anybody’s guess. We will observe it every day, and if it disintegrates, if it does something crazy, we will know right away.”

Comet Borisov will make its closest approach to the sun on Dec. 8, and will be closest to Earth on Dec. 28. If it survives the heat, our alien visitor is expected to quickly fade as it travels away from the sun, becoming invisible within a few months. 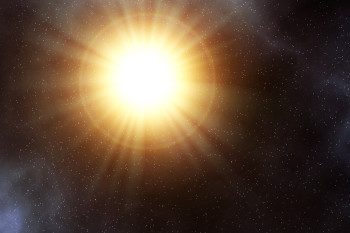