Scientists once thought their structures impossible. Now, the discovery of the oldest man-made quasicrystal could expand the world of nuclear forensics. 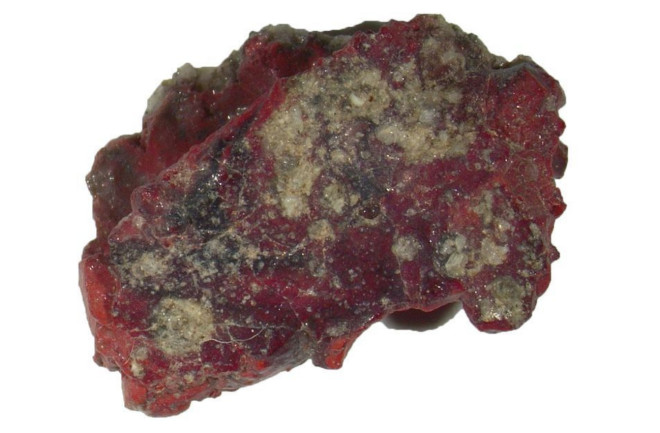 The nuclear age began bright and early at 5:30 a.m. on July 16, 1945, when the United States government detonated a plutonium-powered implosion device (nicknamed “Gadget”) over the New Mexico desert. In a fraction of a second, the explosion released the equivalent of 21,000 tons of TNT — enough to vaporize the surrounding infrastructure and sweep desert sand into a hot, pressurized fireball that spit out trinitite glass.

The vast majority of the glass was a pale green color, thanks to a composition of quartz and feldspar. But in one area of the site, scientists recovered unusual, blood-red trinitite samples imbued with metals from the test site’s obliterated 30-meter-tall tower and miles of wires. Hidden deep within one of these samples was something even more unusual — a 'forbidden' type of matter known as a quasicrystal — but nearly eight decades came and went before scientists began searching for it.

In a paper published in Proceedings of the National Academy of the Sciences earlier this year, the researchers behind its discovery estimate that the quasicrystal materialized in temperatures above 2700 degrees Fahrenheit and pressures of 5000 to 8000 pascals. To you and me, it would feel similar to lying inside a volcano while someone carrying thousands of elephants (presumably stacked vertically) stands on your back.

“It's a very unusual set of conditions in which materials form, and so it's not that surprising that [nuclear explosions] produce something really weird, like a quasicrystal,” says Chloë Bonamici, a geochemist at the University of Wisconsin–Madison who was not involved in the study. The newest quasicrystal is not only the oldest known human-made quasicrystal — with a timestamp and location of origin already permanently etched into history — but it will also likely transform the field of nuclear forensics.

Scientists like Bonamici who seek to understand the components of past atomic weapons must typically analyze radioactive debris or gases, but those signatures decay comparatively quickly. A quasicrystal, however, is a permanent physical fingerprint of the conditions inside the nuclear fireball it formed within. Bonamici hopes to deter future terrorist acts by developing forensic tools that allow her to "take the materials from the explosion, understand the signature of the weapon and quickly track down [whomever is responsible]." Quasicrystals could become such a tool.

Crystals — such as sugar, salt or diamonds — were long thought to require a regularly repeating pattern. For a two-dimensional example, imagine a checkerboard with an atom positioned at every corner. Meanwhile, mathematicians and scientists alike dismissed the idea of quasicrystals as pure theory because their patterns don't repeat in a predictable way.

“You can get a feeling why this is so by considering the problem of tiling your bathroom floor using identical tiles,” says theoretical physicist Paul Steinhardt, co-author of the paper. “Presumably, you want to use shapes that leave no spaces in between.”

To accomplish this, he says, you need a tile shape whose angles equal a full 360 degrees when arranged around a single point. You have a range of options: six equilateral triangles, four squares, or maybe even three hexagons if you’re feeling daring. Tiling with regular pentagons, however, will bring trouble. With each interior angle measuring 108 degrees, three pentagons leave a gap and four begin to overlap.

The fundamental laws of crystallography state that five-fold symmetry (or eight-, 10- and 12-fold symmetry for that matter) shouldn't work for this reason — except when it comes to quasicrystals. With the right cocktail of extreme heat and pressure, any remaining gaps will be filled by other atomic shapes to produce a quasiperiodic pattern that's reminiscent of a three-dimensional mosaic.

In 1984, Steinhardt’s research group coined the term “quasicrystals” (or “quasiperiodic crystals”) and argued for the hypothetical existence of five-fold symmetry and higher symmetries in atomic arrangements. When Israeli chemist Daniel Shechtman created an alloy of aluminum and manganese with the very same pattern later that year, Steinhardt began to wonder whether quasicrystals occur in nature.

A career-long treasure hunt eventually led him to the mineralogical collection at the Natural History Museum of Florence, and from there — with the help of a deceased gem smuggler's secret diaries — to a tiny stream in far Eastern Russia, he says.

There, he and colleague Luca Bindi recovered quasicrystals that formed inside a 4.5-billion-year-old meteorite, dating back to the beginning of our solar system.

The team showed that a key part of the formation process was a high-velocity impact between asteroids that led to high-pressure shocks, says Steinhardt, adding that all known quasicrystals had previously been manufactured in laboratories by slowly cooling liquid combinations of elements. “We imagined that quasicrystals may also form under other high-pressure shock collisions. Why not an atomic blast?”

Visitors at the Trinity Site National Landmark Historical Site, where the world’s first atomic bomb was detonated in 1945. The site is currently open to the public twice a year. (Credit: Aaron Rayburn/Shutterstock)

The quasicrystal plucked earlier this year from the recesses of a red trinitite sample is the first to contain a combination of iron, silicon, copper and calcium. Although more than 100 types of quasicrystals have been discovered since 1984, Steinhardt says that an infinite number of possibilities may exist — each with their own elastic, electronic, and photonic properties tied to the periodic ordering of their atoms. Already, research has shown that these materials are harder than crystals made from the same elements. And the more mathematically perfect they are, the less electrically conductive.

Steinhardt’s own research group has worked to create “photonic quasicrystals,” which act as semiconductors for light and form nearly perfect spherical symmetric band gaps. That feature is desirable in circuit designs and could be used in future computer and communication devices.

As scientists whip up more elemental combinations in a lab or uncover them in remote atomic blast sites, they may stumble across a quasicrystal useful for all sorts of applications, he says.