What is This? A Psychedelic Place Mat?

Actually, you'd be more likely to see this pattern in your wine glass. 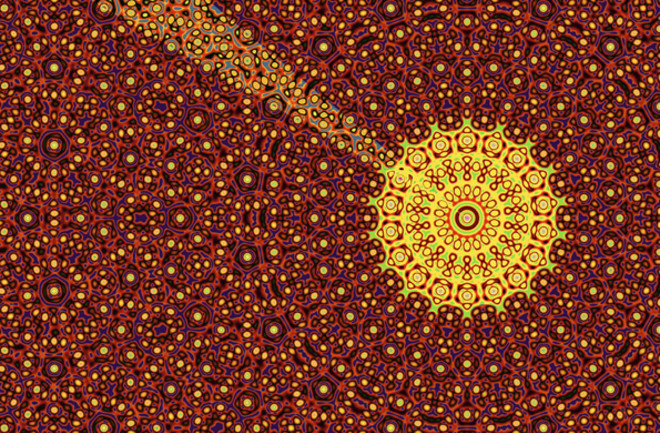 This image depicts the interaction of nine plane waves—expanding sets of ripples, like the waves you would see if you simultaneously dropped nine stones into a still pond. The pattern is called a quasicrystal because it has an ordered structure, but the structure never repeats exactly. The waves produced by dropping four or more stones into a pond always form a quasicrystal.

Because of the wavelike properties of matter at subatomic scales, this pattern could also be seen in the waveform that describes the location of an electron. Harvard physicist Eric Heller created this computer rendering and added color to make the pattern’s structure easier to see.