The Enduring Mystery of Thalidomide 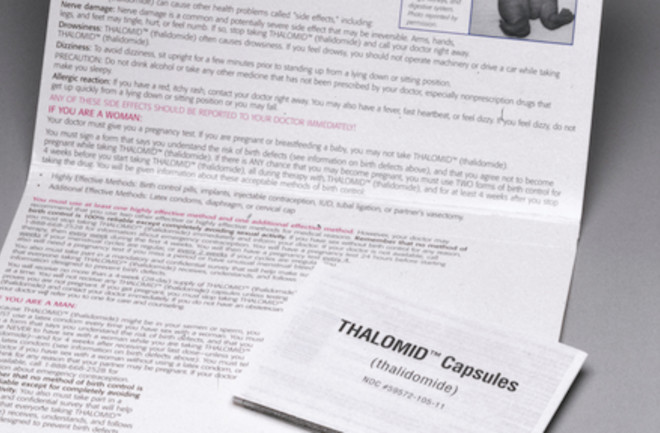 In tomorrow's New York Times I write about the afterlife of the greatest medical disaster in history. Thalidomide, a drug women took for morning sickness in the late 1950s, caused thousands of devastating birth defects, such as the failure of limbs to develop. Even after the drug was banned, scientists had no idea how it interfered with growing arms and legs. In fact, fifty years later, they're only just starting to figure it out. This was a particularly interesting story to write coming after a piece I wrote for the Times last year about normal limb development. Now thalidomide is revealing a new player in the limb development game, a protein that no one knew about when I wrote my 2009 article. In science, very often the only way to understand how something works is to see what happens when it goes wrong. PS: On Google Books, you can see a 1962 issue of Life with some stunning pictures from the Thalidomide years.

[Image: Science Museum (Thalidomide is currently legal for sale for leprosy and other diseases)]