The Earliest Evidence of An Amputation is 31,000 Years Old

The absence of a lower leg from a set of ancient remains reveals that the oldest limb removal occurred on the island of Borneo 31,000 years ago. 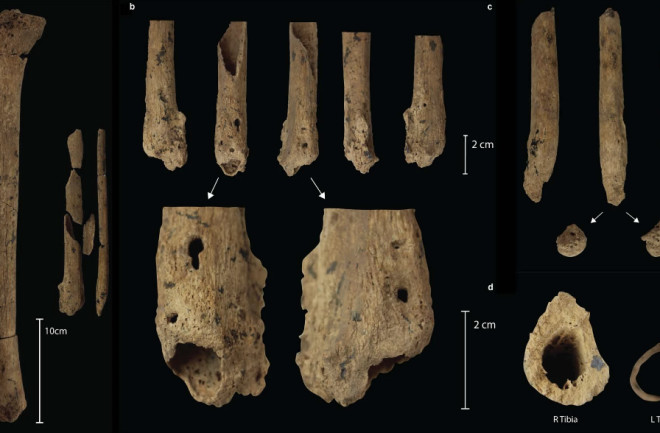 The thought of undergoing any surgical procedure prior to the invention of modern medicine is more than terrifying. It’s also murky and mysterious, since archaeologists still struggle to pinpoint when and where the first surgeries and amputations actually occurred.

According to a paper published in Nature, researchers have found the body of an ancient adolescent without a lower leg on the island of Borneo. Buried approximately 31,000 years ago, and bearing all the telltale indicators of an intentional and successful amputation, the body provides the earliest evidence of such a surgery. It suggests that ancient peoples completed complex medical procedures many years prior to previous approximations.

Archaeological tradition tends to see the medical techniques and technologies of ancient foragers as simple. Complicated procedures, such as surgeries and amputations, are believed to appear only after the settlement of the first agricultural societies 10,000 years ago.

But, predating the transition to agriculture by around 20,000 years, this 31,000-year-old body disputes tradition. It suggests that the ancient peoples of Borneo acquired advanced medical skills in the midst of the Pleistocene, many years ahead of time.

“The discovery of this exceptionally old evidence of deliberate amputation demonstrates the advanced level of medical expertise developed by early modern human foragers,” the authors assert in their analysis. “This unexpectedly early evidence of a successful limb amputation suggests that at least some modern human foraging groups in tropical Asia had developed sophisticated medical knowledge and skills long before the Neolithic farming transition.”

Archaeologists discovered the mostly complete body inside a cave on the Indonesian side of the island. Their analysis of the bones and the surrounding sediment suggested that the individual, whose sex remains unknown, died thousands of years before the transition from foraging to farming at around 19 or 20 years old.

However, most intriguing about the skeleton was not what was present, but what was absent. Lacking the lower third of its left leg, the body's tibia and fibula bones stopped abruptly in a cut much cleaner that what an accident or an animal attack could cause. They also featured no signs of infection, suggesting that the cut stayed clean in the aftermath of the procedure.

According to the researchers, these are all indications of a sophisticated surgical amputation, in which surgeons displayed an “advanced medical knowledge” and a dedication to the recovery of their patient. “Intensive post-operative nursing and care would have been vital,” the authors state in their study.

By all indications, the surgeons followed through with this nursing and care, since the remains indicate that the amputation occurred in the individual’s childhood, allowing them six to nine more years of life following the procedure.

Aside from revealing a surprising surgical prowess among the Pleistocene inhabitants of Borneo, the skeleton also opens up a world of new questions about the acquisition and application of ancient medical practices.

“The comprehensive knowledge of human anatomy, physiology and surgical procedures […] is likely to have been developed by trial and error over a long period of time and transmitted inter generationally through oral traditions of learning,” the researchers conclude in their study. “Notably, it remains unknown whether this ‘operation’ was a rare and isolated event in the Pleistocene history of this region, or if this particular foraging society had achieved an unusually high degree of proficiency in this area.”