That Killer Asteroid You Heard About Yesterday? We Knew About It Last Year 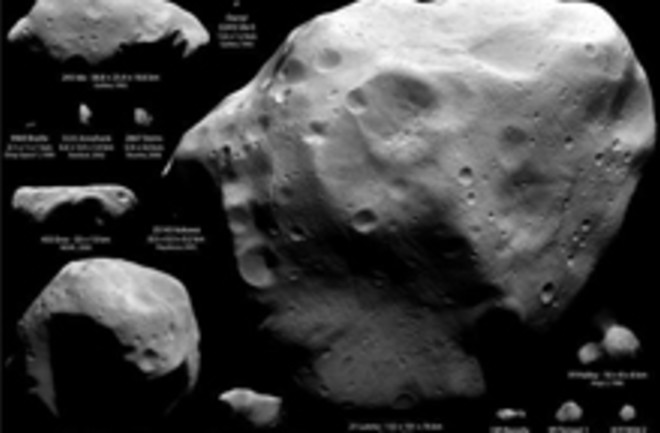 Beware death from above! So blared science headlines yesterday. Citing a study in the Journal Icarus that said a huge asteroid perhaps could have a 1 in 1,000 shot of striking earth late in the next century, stories broke such as, "Will a Giant Asteroid Kill Us All in 2182?" "Asteroid Could Destroy Human Life on Earth by 2200" "Huge asteroid on possible collision course with Earth (172 years from now)" "Mark your calendars: Potentially hazardous asteroid might collide with Earth in 2182" They're correct in that there's a giant asteroid out there called 1999 RQ36, and there's a small chance it might hit us in a just less than couple hundred years. There's just one problem: It isn't news, though you wouldn't have gotten that from the articles. The study everyone is referring to came out last year—it was in Icarus last October. Confused why there was a press release yesterday that blew up into this wave of coverage, I emailed study coauthor Maria Eugenia Sansaturio of the Universidad de Valladolid in Spain to see if there was anything new to report about the asteroid. Her reply:

The answer to your question is that there is nothing new. I'm still trying to understand how this has made it to the international media. I was contacted by the Spanish Foundation for Science and Technology because they wanted to prepare a report on it and inform the Spanish Media, even though the article had been published in 2009.... and here I am overwhelmed with mails and phone calls from all over the world!

So the risk from 1999 RQ36 isn't exactly new (and the press release in English caught Sansaturio by surprise, to say the least). Apparently, she says, the study just now got on the SFST radar, and that organization's release set science publications humming about killer asteroids. But, whether this asteroid's path is old news or not, we shouldn't dawdle in thinking about how we might avoid it or asteroids like it. In this case, we've only got 172 years—and we already wasted one year getting the news out.

172 years into the future is a long time, and humans aren't exactly well-known for preparing for future events over those kinds of time scales. But time is one thing we'll need if we are to protect future generations from a potentially catastrophic impact event [Discovery News].

Of course, the last time there was a giant hubbub over an asteroid that might kill us all (we're looking at you, Apophis), subsequently improved data all but ruled out a disaster

. So don't panic; grab a telescope. Related Content: DISCOVER: What To Do Before the Asteroid Strikes