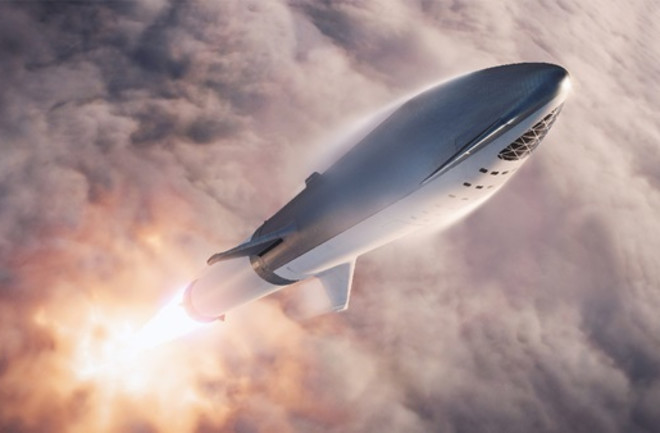 Exploring space on your next family vacation is still a few years in the future. But Elon Musk now says that Starhopper, the prototype for SpaceX’s future passenger spacecraft, could be tested as soon as July 16 at the company’s facility near Brownsville, Texas. That would coincide with the 50th anniversary of the Apollo launch.

In a tweet on July 12, Musk said that the Raptor engines, the high-tech powerful rocket motor created by SpaceX for Starship, were now mounted onto Starhopper.

Once complete, Starship aims to offer passenger flights for up to 100 people to low-Earth orbit, the moon, and even Mars. It would also be reusable, a hallmark of Musk’s approach to making spaceflight cheaper.

Originally named Big Falcon Rocket (BFR), Starship consists of two separate parts. Starship itself will be the actual craft that carries passengers and cargo, and it will be lifted into orbit by SpaceX’s planned Super Heavy rockets, which are bigger than the current Falcon Heavy rockets.

The first test for Starhopper happened in early April when the prototype lifted off the ground for a few moments while still tethered down. This next test will be untethered.

SpaceX’s next generation of rockets are being built with ambitious goals. According to their website, SpaceX claims Starship will be “an important step in enabling access for everyday people who dream of flying to space,” but the plan for Starship doesn’t just end at space travel.

Eventually, according to the SpaceX website, these rockets will replace all of the company’s current rockets and launchers. Starship could even potentially make Earth travel easier, with SpaceX claiming travelers could use it to get from Los Angeles to New York in less than 30 minutes.

Musk first announced Starship in a public presentation last September and laid out a bold vision for traveling the solar system. Recently on Twitter, Musk hinted he may give another presentation at the end of July that could offer a more concrete timeline and details for the spacecraft.