Space Tourists Will Get Their Own Special Space Beer 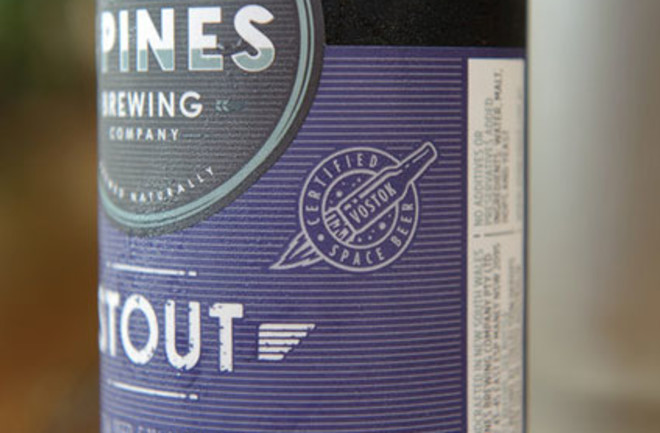 A new type of beer is being marketed to a very select demographic: space tourists. The special beer is about to undergo testing in a near-weightless environment to qualify it for drinking in space. Unlike other space beers, which are created from barley that grew on the International Space Station, this space beer is being made especially to be consumed in space. The brew is a team effort from Saber Astronautics Australia and the 4-Pines Brewing Company (aka Vostok Pty Ltd), and will be given its low-gravity try-out by the non-profit organization Astronauts4Hire. From the Vostok Pty Ltd Facebook page:

As space exploration becomes more commercial, it is likely to support a market for the tasty brew. While the brew is designed to be enjoyed in low gravity environments (i.e., a space station, the Moon, or Mars) it will also be tasty on Earth.

The brew was bottled in early September and is expected to make its inaugural flight in November, aboard a plane that flies in long parabolic arcs

to create periods of weightlessness. The beer will be tested for its qualitative taste and drinkability (hopefully not by the pilot). The reason why space-goers need their own beer is two-fold. First the carbonation in the beer poses a problem for those zero-G gulpers. Without the buoyancy force that the drink has on Earth, the carbon dioxide, which is dissolved in the beer, doesn't form bubbles--and who wants to drink a flat beer? Second astronauts often face issues with a deadening of their taste buds. To overcome this tasting deficiency, the Australian company that made the brew decided it should be a stout, with the normal flavors enhanced. Astronauts4Hire told PopSci

According to Ben Corbin, PR director for Astronauts4Hire, this particular brew is a stout with all the naturally darker chocolaty flavors amplified for the astronauts’ less-than-refined palates.

The beer will also be available to Earth-walkers. Purchases of the space beer on Earth will go to funding the flights required to qualify the beer for drinking in space. Will it pass the tests? Who knows, but it sure is a good marketing campaign. Related content: 80beats: Russian Company Plans to Open Orbital Space Hotel in 2016

Science Not Fiction: From Space Plants to Space Beer! WOOHOO!