Some of Earth's Water Came From A Stream of Hydrogen Long Ago, Scientists Say 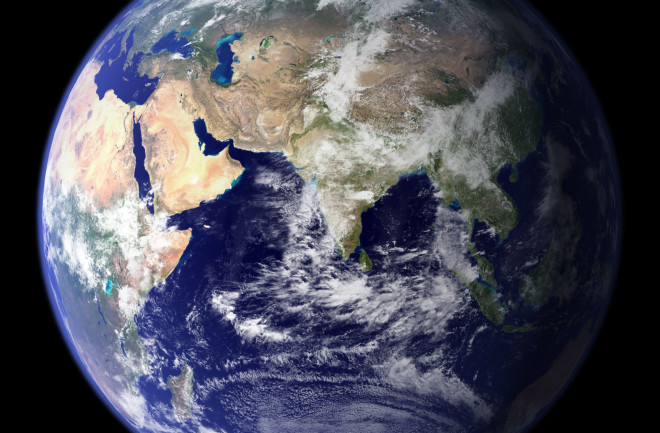 When you look out at the ocean, it’s difficult to imagine the swaying body of water being any other way. But, says a team of researchers, some of the H2O that covers much of our planet’s surface was once something very different: A stream of hydrogen traveling through the galaxy. Only on Earth did this hydrogen mix with oxygen to create the watery world we know today.

There are a number of theories surrounding the formation of Earth’s global ocean. Comets, which hold a lot of ice, could have supplied some of our planet’s water; asteroids, though they hold less water, could have added to Earth’s supply as well. “But there’s another way to think about sources of water in the solar system’s formative days,” Steven Desch, a scientist on this team and professor of astrophysics in Arizona State University’s (ASU) School of Earth and Space Exploration (SESE), said in a statement. “Because water is hydrogen plus oxygen, and oxygen is abundant, any source of hydrogen could have served as the origin of Earth’s water,” Desch said.

Hydrogen gas was one of the main ingredients in the solar nebula, or the gases and dust that formed the sun and planets in our solar system.

When the planets were forming, hydrogen from the solar nebula was incorporated into their interiors. While most remains locked below, some of it could have combined with oxygen from other materials on Earth and gone on to create our planet’s global ocean, Desch and his team found.

So, looking for hydrogen in Earth’s interior would give scientists an idea of whether there was enough around during the planet’s formation to have contributed to the water in our oceans.

To investigate this theory, the team measured the ratio of regular hydrogen atoms (H) to “heavy” hydrogen (also called deuterium, or D) on Earth — the D/H ratio. The water in Earth’s global ocean and that has dissolved into its mantle has a D/H ratio of about 150 parts per million (ppm). Asteroid water has a D/H of about 140 ppm and water from comets ranges from 150 ppm to 300 ppm. This makes asteroids (because the D/H of cometary water is so much higher) a more likely candidate than comets.

Because the D/H of hydrogen in the solar nebula is very low — 21 ppm — researchers had previously discounted it as a source. Doing so might not be quite right, says Jun Wu, lead author and assistant research professor in SESE and ASU’s School of Molecular Sciences.. The hydrogen that wafted to early Earth may have gone through a series of geochemical processes that greatly raised the amount of heavy hydrogen it contained, resulting in the D/H ratio we see today. If so, it could have been another source of Earth’s water.

To find out, the team created a computer model of the early Earth’s mantle and added in hydrogen to see what happened to it.

In addition to computer modeling, the team took samples of mantle rocks. “We calculated how much hydrogen dissolved in these bodies’ mantles could have ended up in their cores. Then we compared this to recent measurements of the D/H ratio in samples from Earth’s deep mantle,” Desch said.

The team found, based on dissolved hydrogen, that the Earth hides about two oceans’ worth of water in its mantle and about four to five in its core. About one out of every 100 water molecules on Earth came from the solar nebula, they estimate. Much of the rest comes from asteroids, and some from comets.

The team published this work in the Journal of Geophysical Research.