Shuttle and ISS transit the Sun 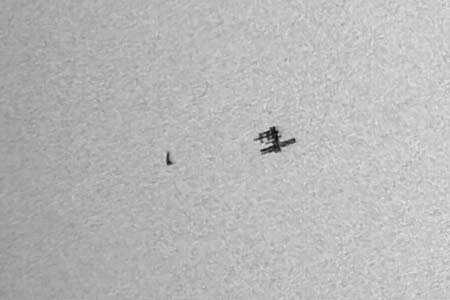 What is it? It's the Shuttle Atlantis (on the left) as it was leaving the International Space Station on September 17. It was taken from the ground by astrophotographer extraordinaire Thierry Legault. Most people don't know that, under the right conditions, you can use a telescope to actually see the Shuttle and ISS this clearly -- and even then it ain't easy. But what makes this so fracking cool is that this isn't any old picture: the two space-borne objects were crossing in front of the Sun at the time: 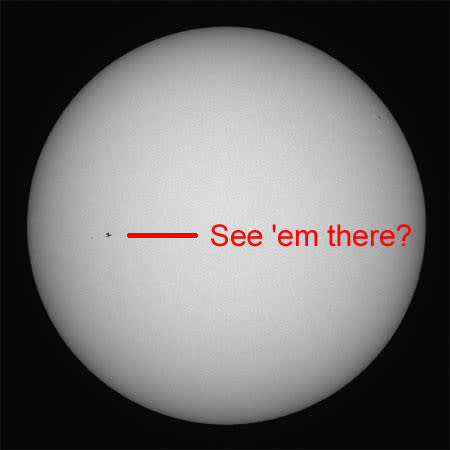 Holy Haleakale! Amazing. Even better, the transit lasted less than a second, so Thierry had to be right on the money to get that picture. The 'scope he used, a 150 mm Takahashi, is one I drooled over at a star party some years ago... but at $8600 it's a tad out of my range. Go to Thierry's website to see a whole slew (slew! Haha!) of other incredible shots. The man is an artist.