Setting the Record Straight on Earthquakes 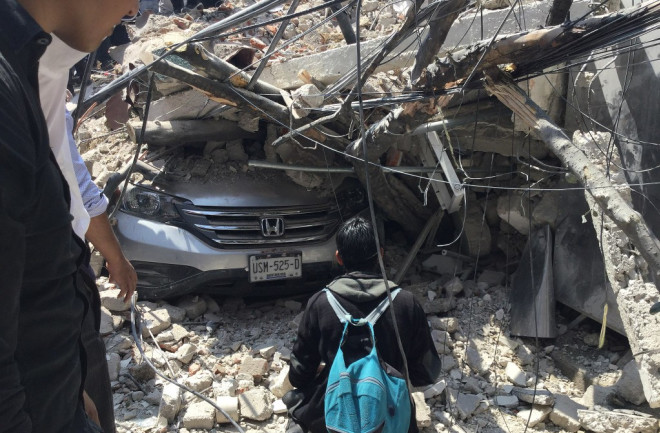 Collapsed building covers a car after the 2017 Puebla earthquake near Mexico City. Wikimedia Commons - CC-by-SA-4.0. This past month has seen Mexico suffer two major earthquakes. The latest earthquake destroyed multitudes of buildings in Mexico City and over 200 people died as a result of collapses and fires. As with any major natural disaster, a lot of misinformation or speculation gets thrown around and earthquakes tend to encourage a lot of the doomsayers. So, I thought it would be useful to try to set the record straight on what earthquakes can do, what they can't do and what may or may not cause earthquakes to happen.What earthquakes can do:

What earthquakes can't do:

What causes (and doesn't cause) earthquakes:

Hopefully this helps you understand what is reasonable to connect with large earthquakes and what is merely fear-mongering and pseudoscience about something that happens dozens of times every day. Earthquakes aren't going to go away, but we can be better prepared in places where earthquakes are common.