Be glad you’ll never get a house call from these doctors, who used their medical training and scientific knowledge for murder. 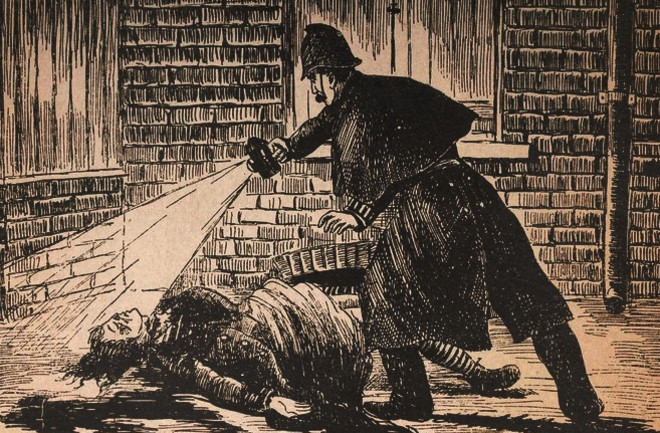 When you look at the most common jobs held by serial killers, thankfully you don’t see a lot of doctors or other scientists topping the list. That wasn’t always the case.

In the 19th century — before the term “serial killer” was in common use — the annals of crime seemed to overflow with chilling accounts of doctors gone wrong. The 20th century, too, offered some pretty shocking examples of murderous physicians, leaving a trail of bodies (and colorful nicknames) in their wake. Here are just a few who made their bloody mark on the pages of history, using their scientific training and tools to commit the most heinous of crimes.

Maxim Petrov is the only killer on this list who still lives, unlike many of his victims. An emergency doctor in St. Petersburg, Russia, Petrov preyed on patients from the health center where he worked. Under the pretense of making house calls, he first injected his victims with an anesthetic, then robbed them while they were unconscious. Many of his early victims survived, but in 1999 Petrov was caught in the act when the daughter of one of his victims walked in as he was robbing the place. Petrov stabbed the daughter to death, then strangled the patient. From then on, Petrov used a lethal cocktail of drugs on his victims. By the time police caught him, Petrov had robbed nearly 50 people and is believed to have killed as many as 20. He was sentenced to life in prison in 2002.

While that nickname might sound cartoonishly villainous today, Marcel Petiot more than lived up to it. A World War I veteran with a history of mental problems, Petiot became a physician in the 1920s. It didn’t take long before he gained a less-than-savory reputation and was accused of crimes ranging from fraudulent billing to performing illegal abortions. It’s also believed that Petiot killed his first victim early in his career, before moving to Paris in the 1930s. But with the advent of World War II and the Nazi occupation of France, Petiot’s most horrific acts were yet to come.

Petiot pretended to be part of the French Resistance and also claimed to be operating an escape route out of occupied France. But instead of smuggling his desperate customers — mainly Jewish refugees — out of the country, Petiot injected his victims with cyanide and stole their valuables. He dismembered then buried or burned the bodies. By early 1944, both German and French authorities were closing in on him, but it wasn’t until after the liberation of France that the scope of Petiot’s crimes were uncovered, when authorities found the remains of dozens of bodies on his property.

Scheming to the end, he insisted the bodies were those of Germans and Nazi collaborators, but the court didn’t buy it. Petiot was convicted of more than two dozen murders and executed by guillotine in 1946. Doctor Satan reportedly went to his death smiling.

The King of Murder Castle

Not many people remember plain old Herman Mudgett from New Hampshire, but the odds are pretty good that you’ve heard of Mudgett’s sinister alter ego: Dr. H.H. Holmes, the Chicago-based pharmacist who would come to be known as one of America’s first serial killers. Born in 1861, Mudgett graduated from medical school in 1884, where he practiced both dissection and insurance fraud (mutilated cadavers came in handy for such activities). When he moved to Chicago, he left the Mudgett name behind (along with the first of three wives).

Now styling himself "Dr. Holmes," he bought a pharmacy and started to build a never-quite-finished three-story edifice, one floor of which Holmes claimed would be a hotel for visitors to the Columbian Exposition in 1893. Newspapers of the day — and everyone else ever since — would dub the building a “murder castle,” which was said to include secret rooms, sound-proofed torture chambers and chutes handy for dropping bodies straight to a basement incinerator. Or not: Most of the murder-castle stuff isn’t true, nor is the body count ascribed to Holmes, which some newspapers and books put as high as 200 — especially if you throw in the fevered theories that claim he was also Jack the Ripper (he wasn’t). But make no mistake: H.H. Holmes was a stone killer. He was hanged in 1896 on the basis of a single murder conviction of a business partner, but he killed at least eight or nine other people, including three of his unfortunate partner’s children.

A contemporary of H.H. Holmes, Thomas Neill Cream was an active murderer on both sides of the Atlantic. Cream earned his medical degree in Canada, then qualified as a surgeon in Scotland. But by 1879, he was back in Canada with a thriving (if not always legal) medical practice, and here Cream's reputation began to curdle. His first suspected victim, a pregnant woman, was found near his office, dead from an overdose of chloroform. Despite evidence against him, Cream avoided prosecution and moved to Chicago, where his patients also began to die, this time of strychnine poisoning.

Cream was arrested in 1881 for one of his murders and sentenced to life in prison, but by 1891 his sentence was commuted, and Cream left for England. He settled in the London district of Lambeth and was killing with strychnine again by autumn of the same year. Cream targeted mostly prostitutes, which has led decades of armchair detectives to speculate that he might have been Jack the Ripper. In fairness, Cream himself did nothing to dispel this rumor. When he was finally caught and hanged in 1892, Cream’s last words were purported to be “I am Jack.” But he wasn’t: Cream was still in an American prison at the start of the Ripper murders.

As killers go, the name of William Palmer doesn’t ring many bells these days, but in the 1850s, and for the rest of the century, Palmer’s name lived in infamy. He started professional life as a chemist, then trained as a physician. Acquaintances — especially acquaintances to whom he owed money — died in mysterious circumstances. Four of his own children died of “convulsions.” His wife, for whom Palmer purchased a substantial life insurance policy, died somewhat mysteriously. So did his brother.

The murder that eventually sent him to the gallows was of his friend John Cook, whom Palmer — you guessed it — poisoned. Palmer’s trial at the Old Bailey central criminal court was followed with all the fervor of a reality-TV show today. When he was condemned to death in 1856, more than 30,000 people turned up to watch the hanging.

Although he might be little-known now, Palmer’s crimes earned him two of literature’s great shout-outs. Charles Dickens called him “the greatest villain that ever stood in the Old Bailey.” And nearly four decades after his execution, Palmer still carried enough recognition in the public consciousness that Sir Arthur Conan Doyle could confidently name-drop him in a Sherlock Holmes short story. The great detective referred specifically to the Prince of Poisoners after noting that, “When a doctor goes wrong, he is the first of criminals.”

The story in question was “The Speckled Band.” It was about a physician turned killer.