Searching for the Lost City of Natounia

A new study suggests the mountain fortress of Rabana-Merquly in modern Iraqi Kurdistan could be the lost city of Natounia. 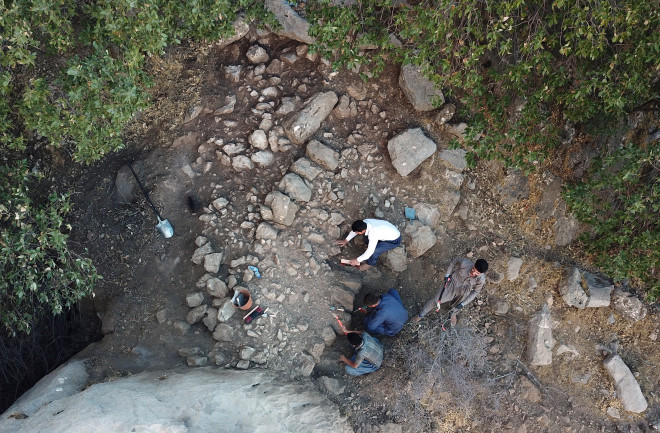 A few coins that date to the first century B.C. are the only evidence of the lost city of Natounia (Natounissarokerta).

But researchers now suspect they’ve discovered more. Dr. Michael Brown, a researcher at the Institute of Prehistory, Protohistory and Near-Eastern Archaeology of Heidelberg University, led a research team to study a mountain fortress named Rabana-Merquly, found in modern Iraqi Kurdistan. Their recent findings, published in Antiquity, unpack the settlement structures and history of the Parthians, a significant historical power we know little about.

The Parthian empire ruled over 2,000 years ago and extended over parts of Iran and Mesopotamia. And until now, the location of Natounia was unknown. But researchers suggest that the name Natounissarokerta contains the royal name of the individual Natounissar, the founder of the royal dynasty. According to one scientific interpretation, it was also the Parthian word for moat or fortification.

“This description could apply to Rabana-Merquly,” says Brown in a press release.

Within the Rabana-Merquly fortress, entrance wall reliefs depict life-sized carvings of an anonymous ruler. Researchers now speculate that this unknown ruler could be the direct descendent of Natounissar, the ruler of Natounia.

Between the king’s reign during the Parthian era and the fortress location, which was within the catchment area of the Lower Zab River, researchers suggest a link between Rabana-Merquly and the lost city.

According to the study, the city probably used the fortress for military purposes, making many of the buildings barracks. The city also dedicated a religious complex to the Zoroastrian Iranian goddess, Anahita, and could have used the fortress to conduct trade, maintain diplomatic relations or exert military presence.

“The considerable effort that must have gone into planning, building and maintaining a fortress of this size points to governmental activities,” says Brown in a press release.

Researchers excavated the stone fortress, which lies between the Iran-Iraq border, near Mt. Piramagrun in the Zagros Mountains. They had to use drones to map out the location, which features a central high ground overlooking 14 structures. The structures separate into two settlements, inspiring the name Rabana-Merquly, and are nearly four kilometers in length (about 2.5 miles).

Brown’s research aims to investigate Parthian settlements and society in the Zagros highlands in collaboration with colleagues from the Directorate of Antiquities in Sulaymaniyah, a city in the autonomous region of Iraqi Kurdistan, according to the press release.