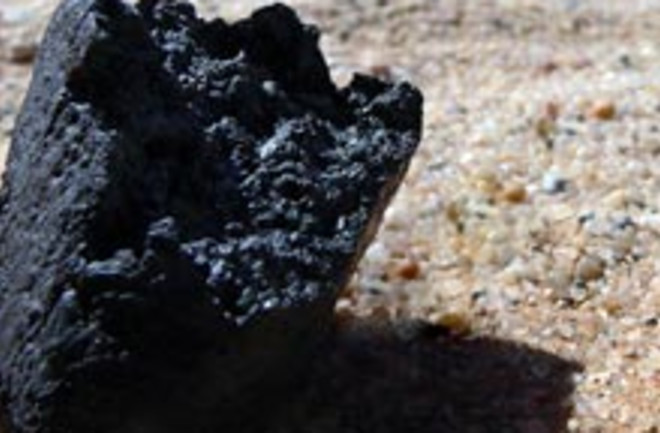 They saw it coming, and they got what was coming to them. For the first time, researchers not only detected an asteroid in space, but also tracked its progress and then collected its debris after it crashed to Earth [Science News].

Astronomers won the space lottery last October when they spotted a small, car-sized asteroid headed straight for Earth 19 hours before it reached our planet, and were able to study it as it plunged towards the atmosphere. When the rock exploded about 23 miles above the Nubian Desert in northern Sudan, many astronomers thought that was the end of an already remarkable story. But researcher Peter Jenniskens decided to see if any fragments had reached the Earth's surface, and joined forces with a team of Sudanese scientists and students to comb the desert.

Small asteroids like 2008 TC3 are fairly common, with about one asteroid impacting Earth each year. But these small asteroids are usually not spotted until they enter the Earth’s atmosphere. “It’s like when bugs splatter on the windshield. You don’t see the bug until it’s too late,” says physicist and study coauthor Mark Boslough [Science News].

Researchers got lucky with this asteroid--it was spotted by chance by an observatory in Arizona. Since they knew it was coming, astronomers around the world trained their telescopes on the incoming space rock for as long as they could before it slipped into the Earth's shadow. Their calculations showed that the meteor was traveling at 27,739 miles per hour when it reached the Earth's atmosphere in the early hours of October 7.

As it hurtled through the planet's atmosphere the air density rose to the point that the pressure became too high for the asteroid and it exploded. "It was like running into a brick wall," Dr Jenniskens said [Times Online].

Local people returning from early morning prayer reported seeing a fireball in the sky, while a pilot who had been forewarned saw a flash of light on the horizon.

The expectation was that none of 2008 TC3 survived the passage through the atmosphere. But still, Dr. Jenniskens, an expert on meteor showers, wondered. In December, he flew to Sudan and organized a team of 45 students and staff members from the University of Khartoum to search through the desert for fragments of 2008 TC3. And they found them — shiny black fragments, about 280 of them [The New York Times].

The fragments turned out to be a rare type of meteorite known as ureilites, in which a number of different metals have been mixed together and exposed to very high temperatures.

“The recovered meteorites were unlike anything in our collections up to that point,” Jenniskens says [Science News].

Related Content: 80beats: Incoming Asteroid Burned Up in Earth’s Atmosphere Right on Time DISCOVER: Confirmed: 1969 Meteorite Brought Genetic Building Blocks From Space DISCOVER: Were the First Americans Wiped Out By an Asteroid? DISCOVER: What to Do Before the Asteroid Strikes worries about a "doomsday rock" Image: Nature