The shifting of geological faults in the subsurface of the Earth forged the oxygen, a study suggests. 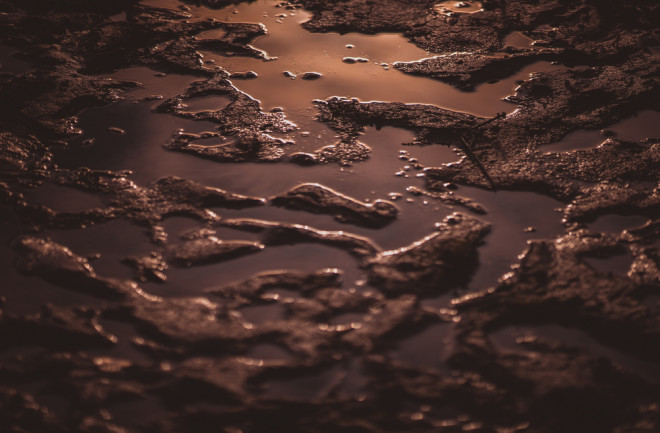 Although oxygen is now the most abundant element in our oceans and our atmosphere, comprising about 88.8 percent and 23.1 percent of the mass of the two respectively, this wasn’t always the case. In actuality, the abundance of oxygen on Earth arose only 2.4 billion years ago thanks to the advent of photosynthesis, the process through which some of the first life forms transformed sunlight into energy. It was only coincidence, scientists say, that one of the products of this process was oxygen, which would completely transform the planet, creating the conditions for increasingly complex forms of life.

For all the importance of this so-called “Great Oxidation Event,” scientists have always wondered about the presence of oxygen on the planet prior to the invention of photosynthesis. Now, recent research in Nature Communications states that the shifting of geological faults could’ve produced hydrogen peroxide, an ancient source of oxygen in the Earth’s earlier years. This source, the researchers say, could’ve contributed to the existence of oxygen on the planet prior to photosynthesis and could’ve informed the evolution of early microbial life.

Though hydrogen peroxide harms microbial life in high intensities, it also supplies an important source of oxygen in moderate amounts. According to recent research, as geological faults shift in scorching areas of the planet’s subsurface, they actually produce hydrogen peroxide, and as a result, oxygen. They potentially influenced the early evolution of life.

“While previous research has suggested that small amounts of hydrogen peroxide and other oxidants can be formed by stressing or crushing of rocks in the absence of oxygen, this is the first study to show the vital importance of hot temperatures in maximizing hydrogen peroxide generation,” says Jordan Stone, a primary study author and a researcher at Newcastle University, in a press release.

Researchers tested these reactions with rocks common to the Earth’s early crust, including granite, basalt and peridotite. They crushed rocks and added to water to the fragments in oxygen-free conditions at a variety of different temperatures. Their simulations produced hydrogen peroxide, and therefore oxygen, at high temperatures, approaching the boiling point of water.

Although these temperatures may seem inhospitable to life, they actually overlap with the ideal of conditions of a type of microbe called a hyperthermophile, which was one of the first forms of life on Earth.

“This research shows that defects on crushed rock and minerals can behave very differently to how you would expect more ‘perfect’ mineral surfaces to react,” says Jon Telling, a senior study author and a professor at Newcastle University, in a press release.

“All these mechanochemical reactions need to generate hydrogen peroxide, and therefore oxygen, is water, crushed rocks, and high temperatures, which were all present on the early Earth before the evolution of photosynthesis and which could have influenced the chemistry and microbiology in hot, seismically active regions where life may have first evolved,” says Telling in a press release.

Ultimately, the researchers say that further research is necessary to fully understand the role of this process in supporting early forms of life on Earth.