Ripped From the Journals: The Biggest Discoveries of the Week 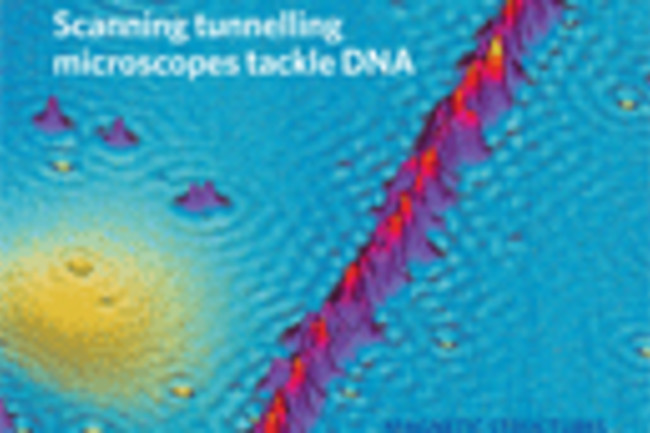 Nature Nanotechnology, advance publication August 30 While we're still waiting for a cure to cancer, we're grateful that researchers are also working to find ways to diagnose it faster, more easily, and more accurately, to improve patients' odds of successful treatment. Along those lines, Israeli researchers announced their invention of a breathalyzer that can detect lung cancer. The device they describe in Nature Nanotech isn't the first to detect the volatile organic compounds produced by cancer cells in patients' breath, but previous devices required that a breath sample be manipulated and analyzed in the lab; the new gadget can give a read-out within minutes.80beats › Edit — WordPress

Proceedings of the National Academy of Sciences, September 1 In the days after the devastating May 2008 earthquake in China's Sichuan province, some researchers set out to determine the disaster's immediate impact on the brains of healthy survivors. Using MRI scans, the researchers found functional changes in the survivors' brains, namely increased activity in the regions involved in emotions and memory, but decreased connectivity between other brain regions. The study suggests that traumatized brains may be both overloaded and uncoordinated. This week also brought news of modest progress in the effort to cure type 1 diabetes, sometimes called juvenile diabetes. Harvard Stem Cell Institute co-director Doug Melton (whose two children are diabetic) published a study showing that diabetics' own skin cells can be transformed into insulin-producing pancreatic cells. The cells haven't yet been declared safe to transplant into human patients, and even if they were the nature of diabetes, an autoimmune disorder, means that they would be destroyed by the patient's own immune system. But the achievement means that researchers can put both diabetics' pancreatic cells and their immune cells together in the lab, to search for what triggers the disease. Biology Letters, advance online publication September 2 Cotton-top tamarin monkeys were treated like royalty in this latest experiment: a professional cellist composed music that was specially designed to speak to their little monkey souls. The study found that the monkeys responded emotionally to the cello music composed for them, which was loosely based on the sounds tamarins make in the wild. Music based on contented monkey calls made the listeners calmer and more social, while the tunes based on distressed monkey noises made them jumpy and agitated. They didn't respond at all to human music, except, oddly, to Metallica. They liked it.

Nature, September 3 This week's Nature brought us a meditation on tipping points, new insight into a neighboring galaxy, and some freakin' cool lasers. In the tipping point study, researchers looked across disciplines, from biology to economics, for early warming signs that a system was approaching its tipping point. By looking for patterns that preceded collapsing ecosystems and collapsing financial markets, researchers hope they'll be able to avert some future disasters. Another study mapped our galactic neighbor, the Andromeda galaxy, in unprecedented detail, and found evidence that it has been growing by devouring other stars and galaxies. This isn't really surprising--astronomers had already theorized that galaxies grow through collisions and accretion--but it's neat to see the process in action. Finally, the laser study suggests that blasting high-pressure gas with laser beams can produce rapid cooling, which could lead to a new type of refrigeration.

Science, September 4 The news from Science included a study with big implications for human health. Researchers have found two antibodies that provide new hope in the hunt for an HIV vaccine. The antibodies can neutralize many of the types of HIV that are in circulation worldwide; while the study stresses that the research is in very early stages, it could theoretically lead to a vaccine that encourages the body to produce these protective antibodies.