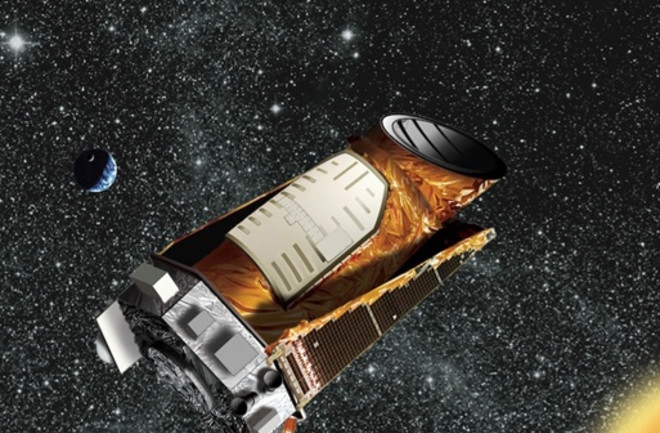 Artist's concept of the Kepler Space Telescope, which led the search for exoplanets over the past decade. (Credit: NASA/JPL-Caltech)

NASA’s legendary Kepler space telescope, responsible for the discovery of thousands of bizarre and intriguing exoplanets, has officially run out of fuel. With the telescope’s retirement comes the end of the most prolific period of planetary discovery in the entire history of astronomy — at least so far.

“As NASA’s first planet-hunting mission, Kepler has wildly exceeded all our expectations and paved the way for our exploration and search for life in the solar system and beyond,” said Thomas Zurbuchen, associate administrator of NASA’s Science Mission Directorate, in a statement. “Not only did it show us how many planets could be out there, it sparked an entirely new and robust field of research that has taken the science community by storm. Its discoveries have shed a new light on our place in the universe, and illuminated the tantalizing mysteries and possibilities among the stars.”

Launched in 2009, the Kepler space telescope was a pioneering spacecraft that shattered most scientists’ expectations. Within just its first few weeks of observations, researchers found a handful of previously unknown exoplanets, and over time, the numbers rapidly grew. At present, there are just shy of 4,000 known worlds around other stars, and Kepler is responsible for discovering more than half of them.

Though Kepler was certainly technologically advanced for its time, it hunted planets in a surprisingly straightforward manner. By fixating on a specific area of the sky in the constellation Cygnus, Kepler was able to continuously monitor the varying brightnesses of roughly 150,000 stars. Researchers used these observations to then search for periodic dimming events around each star, which indicates an exoplanet has passed in front of the star. By closely analyzing how much the host star’s brightness dropped and for how long, researchers can tease out characteristics of the planet such as size and orbital distance.

“When we started conceiving this mission 35 years ago we didn’t know of a single planet outside our solar system,” said William Borucki, retired Kepler principal investigator. “Now that we know planets are everywhere, Kepler has set us on a new course that’s full of promise for future generations to explore our galaxy.”

Based on the planets discovered by Kepler, researchers now think about 20 to 50 percent of stars in the Milky Way harbor rocky, roughly Earth-sized planets that may be able to support liquid water on their surfaces. However, although these planets tend to be the most enticing, according to Kepler, they are not the most common type of planet out there. In fact, Kepler found that the most common type of planet doesn’t have an analog in our solar system at all. These are worlds that are larger than Earth, but smaller than Neptune, and we still know very little about them.

Fortunately, although Kepler is now retired, its successor, the Transiting Exoplanet Survey Satellite (TESS) is just getting started. Launched in April, TESS will build on Kepler’s planet-hunting legacy by searching for exoplanets around nearly 200,000 of the brightest and nearest stars to Earth. With a combined catalog of exoplanets discovered by both Kepler and TESS, in the early 2020s, NASA’s James Webb Space Telescope will then be able to follow-up on the most tantalizing finds. And who knows, Kepler may have already discovered a planet that is harboring life, we just need a more detailed view to spot it.