There's a post title I bet you never expected to see! But it's accurate. Pareidolia is the psychological term for seeing faces in random patterns; a trait we have evolved over millions of years. But what about reverse pareidolia? Where you don't see faces that really are there? You might think it's prosopagnosia, but in this case it's a joke. But a cool one. Over at the Bread and Honey blog, they have a really cool article about a frozen broccoli box that has little smiling faces Photoshopped into the broccoli: 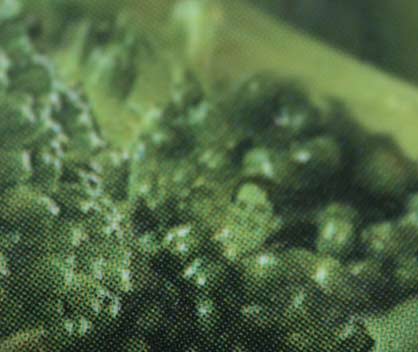 Coincidence? Subliminal advertising? Neither! In a followup post, Bread and Honey found out it's a tribute the company makes to people who work there. I think that's terrific, funny, and pretty cool. Frozen, even. But head on over there to see more of the facial trickery they did. It's all pretty nifty. And it's good for you. Tip o' the stalk to BA Blog regular Cory Albrecht.