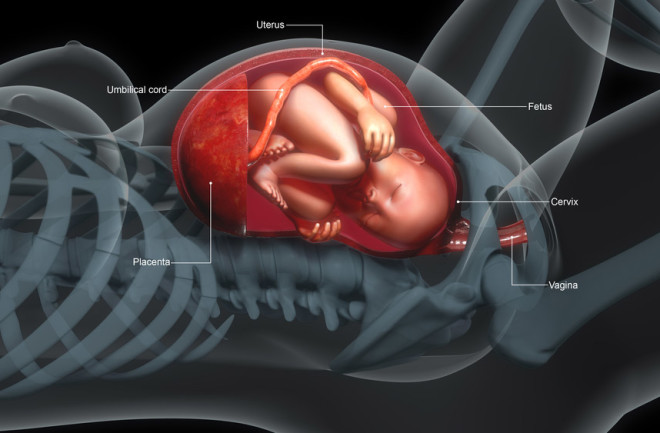 Scientists are trying to learn more about the placenta, which plays a fundamental role in creating a healthy baby. (Credit: sciencepics/shutterstock) More than 15 percent of women in developed countries suffer from pregnancy complications associated with the placenta, the disk-shaped organ that sustains a growing fetus. Now researchers find the placenta adapts when nutrients are scarce. The discovery identifies possible targets for intervention, the researchers say. “Pregnancy complications are [often] linked to poor placental growth and function,” said Amanda Sferruzzi-Perri, a physiologist and developmental biologist at the University of Cambridge in the United Kingdom, who led the new research. “However, we lack information on what determines how well the placenta grows and functions to support fetal growth during a healthy pregnancy, let alone when the mother is challenged by a suboptimal environment.”

The placenta is a temporary organ that sprouts a baby’s umbilical cord. The organ then provides the oxygen and nutrients to the growing fetus. It also synthesizes hormones and other molecules necessary for pregnancy and pulls waste products from the baby’s blood. Beyond these fundamental functions, however, researchers know little about what makes for a healthy placenta. But if a placenta isn't working properly, it can compromise the fetus’ development. One in 10 infants are born small from growth restrictions in the womb. And those newborns face a higher risk for death in their first few weeks of life, followed by a lifetime of poor health. Hypoxia, an insufficient amount of oxygen getting to tissues, is the chief factor behind growth-restricted babies born at high-altitudes, but is also a common feature of pregnancy complications at sea level. Sferruzzi-Perri and her team wanted to find out what factors contribute to a healthy placenta during a normal pregnancy, as well as what hinders the organ’s function during complications. The researchers assessed how well mitochondria, the cell’s energy factories, use oxygen and nutrients to produce energy in the placentas of pregnant mice in their third trimester. Some of the mice lived in conditions that mimic a high-altitude environment about 12,000 feet above sea level.

In the final stage of labor, the placenta comes out. (Credit: ChameleonsEye/shutterstock “We found that in the placenta, mitochondria alter their function during the course of pregnancy to best support the needs of the rapidly growing fetus,” Sferruzzi-Perri said. The mitochondria used more oxygen in earlier stages of gestation than near term, the team reported online January 17^thin the journal Proceedings of the National Academy of Sciences. The results suggest mitochondria are more active when the placenta is growing quickly. It then switches gears closer to term to shuttle oxygen and nutrients to the growing fetus. The researchers also found that the mitochondria compensate for when mothers are not getting enough to eat or are in low-oxygen environments. “When the placenta is not able to compensate for such challenges then this can lead to complications such as fetal growth restriction,” Sferruzzi-Perri said. “The next step would be to find ways to target mitochondria in the placenta to alter their function and improve pregnancy success in women where we know the outcome might be poor,” she added.