Though Cassini's mission ended in 2017, researchers are still combing through the data. 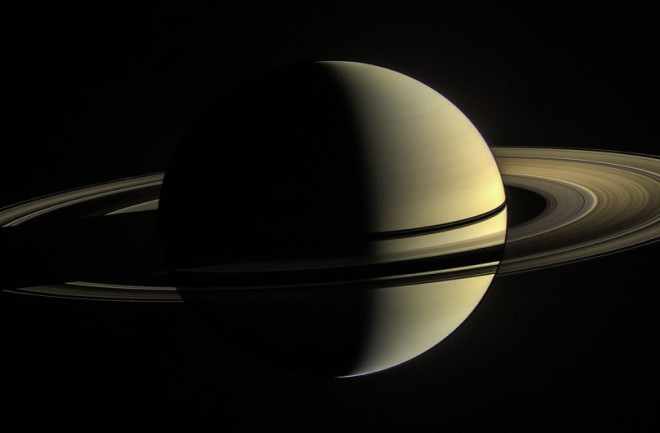 Since Cassini plunged into Saturn’s atmosphere in 2017, ending its 13-year mission, scientists have continued to comb through the rich store of data it sent back, especially during its last year, when it dove closer to Saturn’s rings than ever before.

Among the findings are a deep look at the complex ring system, which hid more structure than scientists expected, including “straw-like” texture, tiny gaps shaped like propellers, and wavy, sculpted edges to the rings. Scientists still don’t know what causes some of these structures, something we may need to wait until the next big Saturn mission to find out.

Among the more concrete findings, scientists have realized the rings are less massive by half than they thought, and also that the rings are possibly quite young ⁠— maybe as young as 10 million years. This has big implications for how the ring system formed, and how it continues to evolve.

The latest results are published in a suite of papers appearing Thursday in the journal Science.

Of immediate interest to scientists was how finely-detailed the structure of Saturn’s rings is. Linda Spilker of NASA’s Jet Propulsion Laboratory, who co-authored one of the research papers and wrote a review of the Cassini mission published today, says that as they zoomed in closer and closer they kept seeing ever more intricate patterns. During those last, close approaches, Cassini was viewing the rings at a resolution of less than a mile per pixel, and new features were still appearing.

Saturn’s small moon Daphnis sculpts the edge of its gap as it moves among Saturn’s rings. (Credit: NASA/JPL-Caltech/Space Science Institute)

“What’s really intriguing is finding these textures in the rings,” Spilker says. “We call them streaky or clumpy or straw-like. They have very sharp boundaries, and we’re trying to understand why they’re so sharp. They don’t correlate with anything obvious.” The differences don’t appear to be due to particles clumping or different types of materials, but they could be due to changes in particle size throughout the rings. But scientists don’t know why the particles would self-sort into such narrow, well-defined bands. “It’s a puzzle,” Spilker says.

The other small features researchers noticed are called propellers, due to their shapes. These are small gaps opened up in the rings by tiny moonlets, only a few thousand feet across. In fact, researchers don’t even see the moonlets themselves in Cassini images, only the gaps they create. They can watch these gaps move around in the rings. “They tend to move a little closer to Saturn and sometimes they move outward. It’s not any predictable pattern,” Spilker says.

Propellers are small gaps in the rings opened up by mountain-sized moons. (Credit: NASA/JPL-Caltech/Space Science Institute)

She likens the moonlets to the rocky planetesimals that glommed together to form the planets, back when the solar system was young. Young stars are usually surrounded by flat disks of dust and debris, out of which planets are thought to form. A similar process seems to be happening around Saturn.

“How the propellers interact is then telling us how the astrophysical disks might interact. Saturn’s rings are an analogy for that disk of material,” Spilker says.

The age and unexpectedly small mass of Saturn’s rings are also fodder for new theories. Scientists still aren’t sure where Saturn’s rings came from. Have they been there since the beginning, 4.5 billion years ago, slowly forming moons out of dust and ice like a miniature solar system? Or are they a more recent feature, caused by Saturn tearing apart some interloper asteroid body within the last billion years?

Now, the most recent evidence suggests the rings appear to be relatively young – perhaps as young as 10 million years. But it’s possible they also get resurfaced with icy material from geysers on Saturn’s moon Enceladus, preserving their fresh appearance and hiding signs of aging caused by radiation and dust.

Spilker says the new data does prove a more complex relationship between the moon and ring systems. “What ties all three papers together is we’re getting a much better handle on how moons affect the rings, and how the propeller moons migrate. It’s a gradation between the moons and the moonlets.” She also points out that many of the moons embedded in the gaps of Saturn’s rings, such as Pan, Daphnis and Atlas, have their own skirts of ring particles, like tiny Saturns themselves.

While these papers have a lot to say about the rings’ complex structure and their interactions with Saturn’s many moons and moonlets, they’re not likely to be the last word on the subject. “There’s so much we have yet to understand,” Spilker says. “That final year, especially diving through the gap between the rings and planet, was like a whole new mission. With thirteen years of this rich and huge dataset, we’ve only skimmed the surface. I’m certain there are new discoveries still waiting."